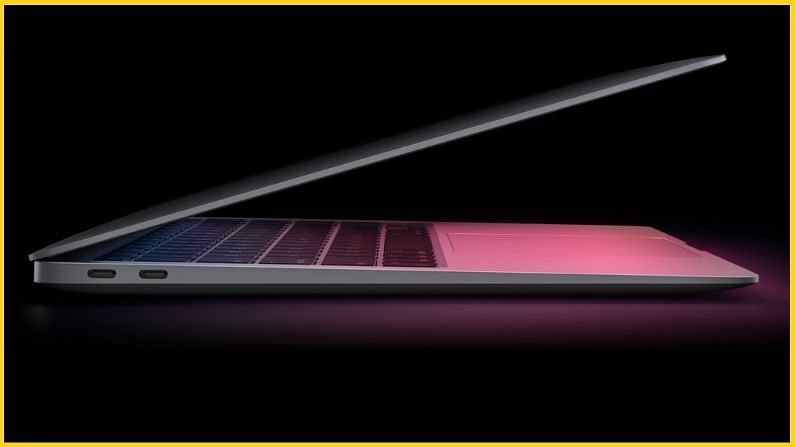 Apple is preparing for retail customers ahead of the possible iPhone 13 launch. In which many new home products and services are included.

Apple has made a removable key that will be part of the accessories of future MacBooks. This is indicated by a new patent filed with the US Patent and Trademark Office. According to Gizmo China, it can act as an exhaust mouse for fast navigation of the display. Such keys are called deployable key mouse. What will the key look like in the patent filing, it could be a possible display in the MacBook.

The report says that the scissor system keyboard that looks like the MacBook will be redesigned but apart from that, it also gets a removable ‘key’ that is hidden from the front. Embedded in the key will be a status sensor that can be used as a pointing device to offer a comfortable, portable and accurate pointer input to the personal computer. This new technology tool will work for precise tasks like graphic design, computer-aided design and modeling as well as editing documents.

As per the patent report, the new key will be battery-powered, and it will be located towards the edge of the keyboard.

Apple is preparing for retail customers ahead of the possible iPhone 13 launch. In which many new home products and services are included. According to an AppleInsider report, an analysis of Apple job listings conducted by GlobalData, the company has seen an increase in hiring over the past few months to strengthen its product development and retail operations. Apple’s job postings, revealed via the company’s website, grew 78 percent year-on-year in July.

Let us tell you, a listing for Product Manager, Home Services indicates work on in-the-home products like Apple TV, HomePod Mini and HomeKit. According to a report by Consumer Intelligence Research Partners, Apple’s HomePod and HomePod Mini account for only a portion of the smart speaker market, with Amazon’s Echo line with a 69 percent share. Apple is working on a next-generation design for its Home-suite of hardware, which includes a HomePod with an integrated touch screen and an Apple TV with an inbuilt camera and HomePod speaker capability.