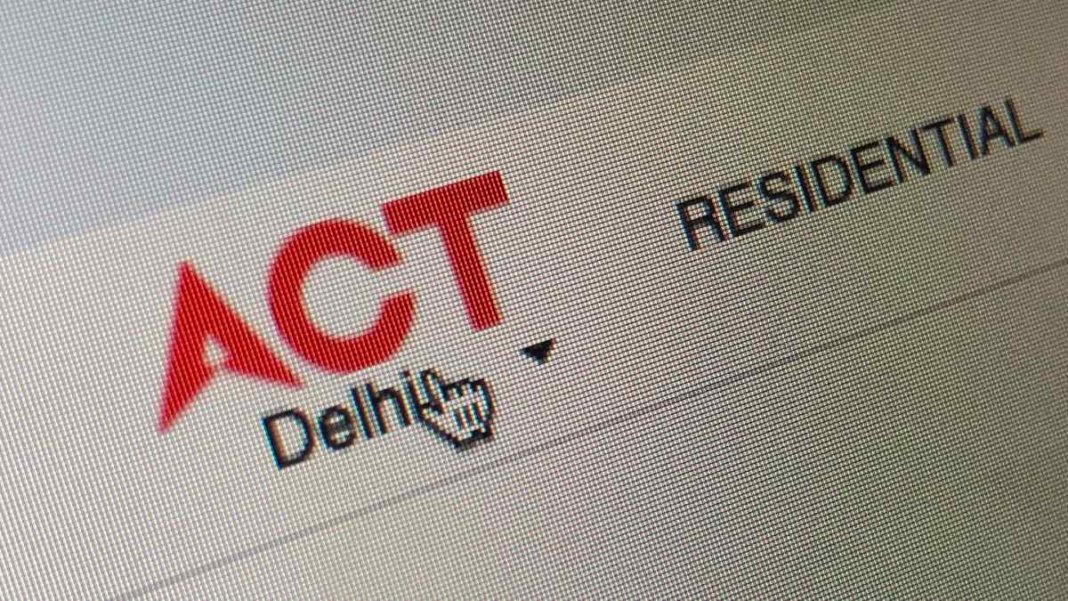 Broadband provider ACT Fibernet on Tuesday launched 1Gbps optical fiber broadband plan in Delhi. Named ACT Giga, this plan is claimed to offer 1Gbps speed with ‘unlimited’ data to users for a monthly rental of Rs 1999. Apart from this plan, ACT Fibernet has also introduced a new entry level broadband plan called ACT Welcome, which comes with 50Mbps speed. Both the plans have gone live for existing and new customers from Tuesday.

Regarding the 1Gbps broadband plan, ACT Fibernet claims that it runs on the company’s SmartFiber technology and gives users full download and upload speeds. ACT Fibernet has said that its technology creates virtual dedicated speed lenses to provide users with a consistent high-speed experience.

The 1Gbps ACT Giga plan was first launched in 2017 in Hyderabad. After this this plan was introduced in Bangalore and Chennai in 2018. Then the company claimed that it was the first broadband provider in the country to offer 1Gbps internet speed. While Airtel, Jio Fiber and Spectra also offer 1Gbps plans, Airtel and Jio offer a high-speed experience at a monthly rental of Rs 3,999. Accordingly, the plan of ACT Fibernet can be called economical.

Customers can book the 1Gbps ACT Giga plan through the ACT Fibernet website or app. 500 one more time will have to be paid as additional installation charge.

In addition to the 1Gbps plan, ACT Fibernet has introduced the ACT Welcome plan. This is the company’s most affordable plan to woo the customers. It offers 50Mbps speed and ‘unlimited’ data at just Rs 549 per month. With the addition of two new plans, ACT Fibernet now has five broadband plans for its customers in New Delhi.

The company offers ‘unlimited’ data with all its plans, but it has a Fair Use Policy (FUP), under which there is a data limit of 3300 GB per month. This means that the speed will decrease after the FUP limit.

Get 3300 rupees every month by investing in this post office scheme, know everything here

Apple is going to bring tremendous iPad mini, 120 Hz promotion display will be available on the device