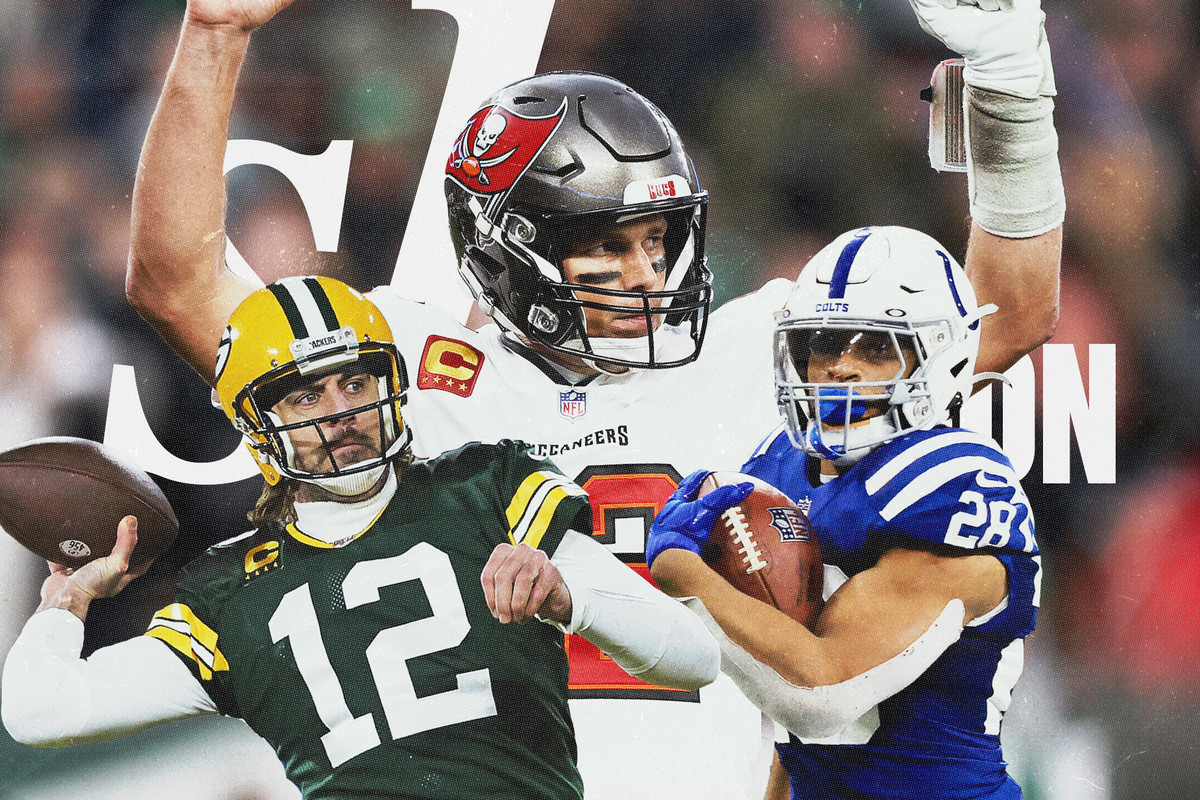 The 2022 NFL regular season is vastly coming to a close. While the league is in the midst of Week 16 of the season, there are plenty of things still undecided. The playoff picture in both conferences is a mess, with 27 teams still “alive,” and most of the major awards are up for grabs, including MVP.

The Jacksonville Jaguars (7-8) kept their playoff hopes alive with a 19-3 victory over the New York Jets on Thursday night as Trevor Lawrence ran for the game’s lone touchdown and the Jags’ defense held the Jets to 227 yards of total offense. There are several remaining fantastic games over the Christmas holiday and the final two weeks. Insiders Betting Digest has handicappers with NFL picks for week 16, 17, and 18.

There are no overwhelming favorites for NFL MVP. Five candidates have separated themselves from the competition.

Hurts is having a fantastic season as he has developed into a reliable passer while continuing to impact the games with his legs. He has led the Eagles to the best record in the NFL through the first 14 games of the season at 13-1, including going 8-1 against potential playoff teams. His MVP candidacy could have suffered an enormous blow in last week’s 25-20 victory over the Chicago Bears, as he won’t play in Week 16 and may not be available for the rest of the regular season.

The first-time Pro Bowl selection is the only player to be named Offensive Player of the Week twice this season (Week 12 and 13). He completes 67.3% of his passes for 240.5 yards a game with 22 touchdowns and just five picks. Hurts, who has seven runs of 20+ yards, adds 747 yards and 13 scores on the ground.

Mahomes is slinging the ball around, arguably, the best he has in his career. Mahomes also has the Chiefs in a position to earn the best record in the AFC and is the orchestrator of the league’s No. 1 rated offense.

Mahomes is on pace to set career bests in completion percentage (67.4%), completions, attempts, yards, and yards per game (321.1). Mahomes adds 313 yards on the ground. He has topped 300 yards in eight of the last nine games and nine times this season.

Allen has carried the Bills’ offense all season long and could lead them to their best regular season in franchise history if they win out. Allen has played much more intelligent during the Bills’ current five-game winning streak, as he has 10 touchdown passes and one interception while adding two more scores on the ground.

As a result of his recent play, Allen is on pace to produce the second-best season of his career. He completes 63.7% of his passes for 3,857 yards, 30 touchdowns, and 11 interceptions. Allen has topped the 300-yard plateau through the air six times and has accumulated 706 rushing yards and six scores.

Jefferson has been a highlight machine all season long. He is the best offensive player for the NFC North champions Minnesota Vikings, which ranks seventh in passing and eighth in scoring.

Jefferson, the NFC’s November Offensive Player of the Month, leads the league with 111 receptions, 1,623 receiving yards, and receiving yards per game (115.9). Jefferson has topped the 100-yard mark nine times and has seven receiving touchdowns.

Burrow has the defending AFC champion Bengals playing its best football down the stretch as they have won six straight. Burrow has the Bengals in first place in the AFC North and is on pace to set career highs in several categories.

Burrow completed 68.2% of his passes and threw for 3,885 yards, along with 31 touchdowns and 10 interceptions. He already has surpassed his previous best work on the ground with 242 yards and five touchdowns.

America: Death of George Floyd due to heart disease, testimony of forensic doctor

Dr. David Fowler stated that George Floyd found fentanyl and methamphetamine in the body and…

One of the world’s most lively volcanoes has began to erupt, geologists have stated, simply…