In the game of share market, 1 player gave 9% return in just 2 days, where is the eye today 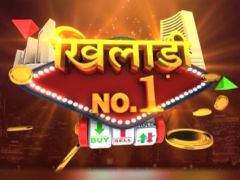 This week in the stock market game player N0.1 on CNBC-Awaaz, there will be a contest between the winners of the last 3 weeks. This week, Mehul Kothari of Anand Rathi, Swati Hotakar of Nirmal Bang Sec and Ajit Mishra of Religare Broking are fighting.

Top calls of players of the second day

At the end of the second day, this much return was received on the stocks suggested by the players

Recommended Stocks of MEHUL KOTHARI gave a return of 1.33% at the close of 2nd Day

Recommended stocks of SWATI HOTKAR gave a return of 8.51% at the close of Day 2

Recommended Stocks of AJIT MISHRA gave a return of 3.71% at the close of 2nd Day

This scooter is coming to compete with Ola electric scooter with a range of 240km, will be launched in 13 states simultaneously

Anand Mahindra remembered the old days, said – petrol was only 72 paise a liter, this tremendous car was available for Rs 9800