Work in coordination to protect wildlife, Superintendent of Police G.Sridhar 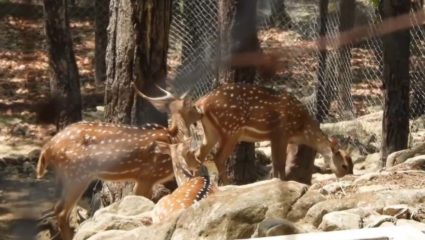 Akola. In the last few days, footprints of wildlife like tiger, leopard have been found in some parts of the district, necessary precautions should be taken in such areas, along with the members of forest department and tiger committee to keep the wildlife safe. District Superintendent of Police G.Sridhar has called for the protection of wildlife by coordinating.

Naib Tehsildar Mahendra Kumar Atram, Assistant Conservator of Forests S.A. Vadodara, Akola Forest Range Officer R.N. Ove, Barshitakali Forest Range Officer S.G. Dange was prominently present. Superintendent of Police G.Sridhar said that in the fields where wild animals are found, there is a fence of electric current, so due to the possibility of loss of wildlife, the existing wire fencing of such a place should be removed immediately. should go. Illegal sand mining should be stopped during night time. Also, water should be made available in the forest areas, etc. District Superintendent of Police G.Sridhar has given information to the concerned.

Children’s Day 2020: Funds are to be made for the education of children, from marriage, you can invest here

In this city of India, Bajaj started the production of its most powerful bike, people are enjoying this vehicle very much