What would life have been like on ancient Mars and how rivers and lakes flowed? Scientists revealed 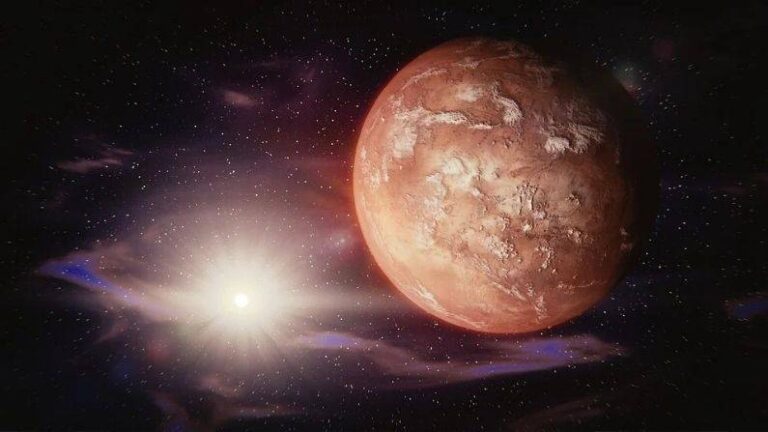 NASA’s Perseverance Rover shared a photo. It can be seen that Mars is completely filled with dust.

Everyday there is some disclosure about Mars (Mars), due to which the possibility of it becoming the ‘second house’ of man is increasing. In this episode, a new study says that in the early history of Mars, there must have been a thin layer of icy clouds on it, which may have created a greenhouse effect. This would have caused sufficiently warm temperatures on the planet, which would be conducive for water to flow. If this has been so, then it makes the presence of ancient rivers and waterfalls on Mars more concrete. (Life on Mars)

The US Space Agency NASA’s Perseverance Rover shared a picture. It can be seen that Mars is completely filled with dust, where there is no evidence of life. But the rover is investigating an area that may have once been the delta of the river and it must have been formed due to the flowing water. At the time there was presence of rivers and lakes on Mars, at that time the sun would have been less light than today. At present, only one third of the sunlight we get on Earth was available to Mars at that time.

No one knows how the rivers end on Mars

Extensive evidence of water flowing to Mars from 3.7 billion years ago has been found from many rover missions. But despite this, people have very little knowledge about how Mars lost its water over time. This new study has been done under the leadership of University of Chicago. It is assumed that there would have been a thin layer of icy, high-altitude clouds on Mars, which would have caused the greenhouse effect.

Percussion rover will drill stones along the banks of the delta during its mission and look for microorganisms contained within it. It is believed that Mars is the only alien planet where microorganisms can be present. A 3D computer model of the atmosphere of Mars has revealed that high-altitude clouds would have been present on the planet about three billion years ago. These clouds are formed when the temperature below zero freezes them before the water droplets evaporate.

Different types of theory about the disappearance of water

Mars is also called the ‘second blue planet’. Scientists believe that at one time it looked exactly like the Earth. However, the theory of the presence of water on Mars has never been fully proved. One theory states that a large meteorite hit Mars. This led to the release of kinetic energy which heated the planet and allowed the water to disappear. However, by guessing it shows that this can only happen for two years. Photographs seen by various NASA rovers and satellites suggest that water has been present on Mars in the form of rivers and lakes for hundreds of years.

ALSO READ: Our Galaxy is full of secrets, know some of its secrets that surprise people

SIAC hearing in Amazon-Future dispute completed, verdict can be pronounced after a month