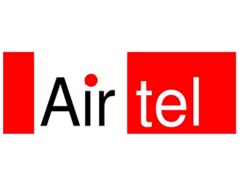 BHARTI AIRTEL. The company has presented its December quarter results. On a consolidated basis, the company reported a profit in the December quarter. On a quarter-on-quarter basis, the company reported a profit of Rs 853.6 crore in the third quarter of FY 2021 as against a loss of Rs 763.2 crore in the previous quarter (Q2) of the same year. At the same time, Bharti Airtel’s profit in this quarter was estimated to be Rs 168 crore.

Bharti Airtel, which is close to Life Time High, may see increased action today. The company has produced good results. The company has turned profitable from losses. Revenue has grown by 6 percent to cross Rs 26,000 crore.

Know what BROKERAGE has given target

CLSA has given a buy rating on Bharti Airtel and set the target at Rs 730. He says the company has a strong performance and ARPU continues to improve. While ARPU has increased, EBITDA has shown improvement. The company’s subscriber growth is heading in a positive direction.

Opinion on Bharti Airtel of MACQUARIE

MACQUARIE has given an outperform rating on Bharti Airtel and set the target at Rs 690. He says the company’s Subscriber & ARPU continues to improve. The company continues to see strong improvement in its core business.

Opinions on Jefferies on Bharti Airtel

Jefferies has given a hold rating on Bharti Airtel and set the target at Rs 675. He says that the growth of 14 million subscribers and growth of 8 percent on a quarterly basis in Africa is a positive sign. They have projected a 7 to 9 percent increase in its revenue and EBITDA.

GS has given a buy rating on Bharti Airtel and has fixed the target from Rs 645 to Rs 675. He says the company’s EBITDA estimate has been increased by 3 percent.

UBS has maintained a buy rating on Bharti Airtel and has set a target of Rs 665.

Airtel at record highs after results; Investors buy, sell or wait for shares

OnePlus Watch will be launched today, will compete with Apple Watch in terms of affordable price

Majhi Kanya Bhagyashree Scheme: In this scheme, the family gets 50 thousand

The terrorists wanted to use the epidemic to spread ‘hate’, the EU police agency revealed in the report