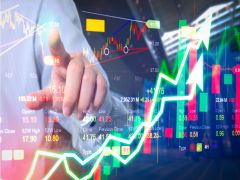 For the fourth consecutive day, the reins of the market remained in the hands of the bears. The market closed with a decline of 0.5 per cent on the first day of the October series due to selling in banking, financial and technology stocks. On October 1, the Sensex fell 360.78 to close at 58,765.58. On the other hand, Nifty closed 86.20 points lower at 17,532 and formed a doji pattern on the daily chart.

No stock is under F&O ban on NSE as on 4th October. It is to be noted that the stocks included in the F&O segment are put in the ban category if the positions of the securities exceed their market wide position limits.

Sources of success! Follow these tips to pass the interview, selection will be done easily

This country has issued a note of 10 lakhs, the value is less than 40 rupees, inflation will be so much that only half...