The market continued to rise for the fourth consecutive day, let us know where the enthusiasm is coming from the bulls in Dalal Street 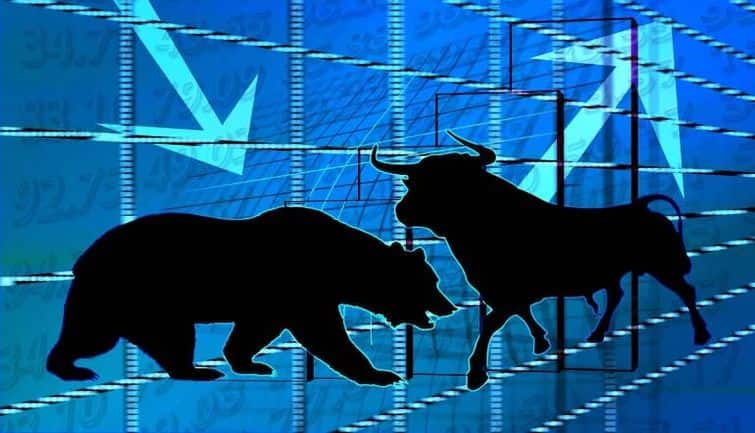 Today, the market is seeing an uptrend for the fourth consecutive day. Today Intra Nifty50 has crossed 18200. At the same time, BSE-Sensex has seen a rise of more than 500 points in today’s trading. With the onset of the new year, Dalal Street’s risk appetite seems to be increasing. All the segments of the market have seen growth. Nifty’s midcap and small cap have also seen an increase of 0.7 percent.

Manish Hathiramani of Deen Dayal Investments says that Nifty remains firmly above 18,000. Now it is visible in the preparation of learning towards 18,400-18,500. Nifty has strong support at 17,700 so an intraday correction should be used to create long positions.

Let us look at the important factors that are driving the market’s rally.

The fear associated with the new variant of Corona, Omicron, is reducing. The decline in corona cases in big cities like Mumbai is indicating that the third wave of corona will not be as devastating as the second wave. A very large part of the population has been vaccinated so far. This has also boosted investor sentiment.

After selling of Rs 35,000 crore in December, FII buying is being seen once again in January. So far in January, FIIs have made purchases of Rs 500 crore. Due to which the market has got relief. Amit Shah of Gofa Securities says that the flow of foreign investors in India seems to be positive once again. He also believes that investors coming out of the Chinese market will move towards India. Domestic sentiment has improved with FPIs turning to India again. With the results of IT companies TCS, Infosys and Wipro coming out today, the season of results will start. Analysts believe that the performance of Indian companies will remain strong in the third quarter.

Brokerage firm Motilal Oswal believes that in the third quarter, the earnings of companies can see a growth of 22 per cent year-on-year. Metal, financial services and IT companies will have excellent results.

The increase in interest rates from the US and the fear of tightening monetary policies had put heavy pressure on the market. But the market was relieved on Tuesday by a statement from US Fed Chairman Jerome Powell, in which he said that two to four more meetings would be needed to decide on the extent of the rate hike and tapering.

Shehnazhttps://www.businesskhabar.com/
Shehnaz is a Corporate Communications Expert by profession and writer by Passion. She has experience of many years in the same. Her educational background in Mass communication has given her a broad base from which to approach many topics. She enjoys writing about Public relations, Corporate communications, travel, entrepreneurship, insurance, and finance among others.
Share
Facebook
Twitter
Pinterest
WhatsApp
Latest news
Finance

In the Corona epidemic, this Japanese auto company gave a big help to India, said – in this difficult time, we are with you.

Indonesia: brutal punishment given to a woman accused of illicit relations in Indonesia, police killed more than 100 whips