The baton of the squad seized 2,000 coconuts, the squad also took 6 carts 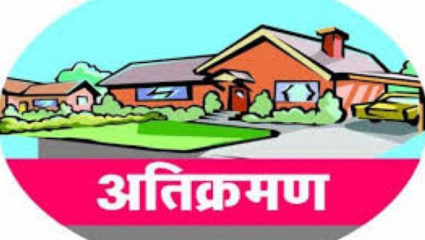 Nagpur. Regular action is taken by the Enforcement Department in Tukadoji effigy chowk and surrounding premises under Hanumannagar zone. During the action, the encroachers are removed from the sidewalks and roadsides and instructed not to encroach again. Despite several stern warnings, the squad took a tough stand on Wednesday as the traffic was disrupted by spreading goods on the roads. As soon as the squad reached near Tukadoji effigy chowk, the encroachers started collecting the goods.

The encroachers also requested the squad to give some time to lift the goods, but they refused to give relief and started confiscation. The coconut water man had encroached on a huge amount. The squad seized 2,000 coconuts from the encroachers. Along with this, 6 handcarts were also picked up from the surrounding premises. Teams under the guidance of Enforcement Department Head Ashok Patil, Enforcement Inspector Sanjay Kamble took part in the action.

After finishing the operation at Tukadoji effigy chowk, the squad moved towards Trisharan chowk. Chicken and meat vendors had encroached upon a part of the square. Even temporary construction work was done for the shops. The squad did not take any confiscation action against them but eliminated the encroachments. Based on the complaint of the Police Department, another squad of the Enforcement Department confiscated a panthela from VCA Maidan Chowk.

There was chaos in Bajajnagar Chowpatty

As soon as the squad reached here in the evening, there was panic among the encroachers. Many encroachers had opened the hotel itself by spreading chairs and tables on the footpath. Before the arrival of the squad, the chairs and tables were deposited, but the squad started confiscating the handcarts as soon as they reached. During the action, the squad seized a total of 13 handcarts. Especially the process of action continued till 7 pm.

Northern Lights: How are the ‘wonder of nature’ Northern Lights formed? American scientists have now removed the veil from the secret

If you want perfect figure like Malaika, then you also do Planck Exercise, fat will be trimmed in a few days