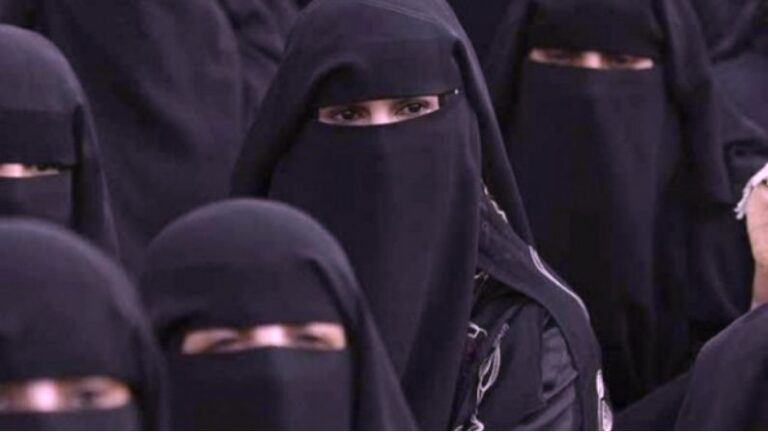 Burqa ban in Sri Lanka: Sri Lanka, which came into the controversy over the decision to ban the burqa, has now taken a U-turn. The Sri Lankan government has said that there will be no hurry in this process. It will be decided only after a consensus is formed. A spokesman for the Sri Lankan cabinet made this statement on Tuesday. Remember that Pakistan has expressed its displeasure over this decision.

A day earlier on Monday, Pakistan’s High Commissioner in Sri Lanka Saad Khattak criticized the plan to ban the wearing of the burqa. He had said that such ‘divisive steps’ in the name of security would not only hurt the sentiments of Muslims, but would also reinforce widespread apprehensions about the fundamental human rights of minorities in the island nation.

The idea was not discussed in the meeting

The Sri Lankan cabinet did not consider the matter of banning the mask or burqa in its weekly meeting. Cabinet spokesperson and senior minister Kehelia Rambukwela said on Tuesday, “This will be done only after deliberation and consensus.” He said that the government would not hurry in the process of banning face coverings. The minister said that a decision will be taken on the basis of intelligence assessment in the context of discussions on national security.

Fabulous! If you have these 4 internet safety tips for you, then your account will never be hacked

Burke was told to be a security threat

Sri Lankan Public Safety Minister Sharat Veerasekara had said that he had signed a cabinet document proposing a ban on the mask. This document was to be presented at the Monday meeting. Virasekara had said that the burqa poses a threat to national security. In Sri Lanka, the wearing of the burqa was temporarily banned following the bomb attacks in churches and hotels on Easter Sunday in 2019. More than 260 people died in these attacks. Sri Lanka has a population of about 20 million, of which Muslims constitute around nine percent, ethnic Tamils ​​12 percent and Buddhists more than 70 percent. Christians make up about seven percent of the population. Most of the Tamils ​​are Hindus.

‘Pauper’; Pakistan is in a state of disarray, China&#8217;s rate reached for vaccine, now ‘Dragon’ will donate five lakh doses

Allotment of shares of Ami Organics on September 14, prices are at a premium in gray market, know what is the opinion of experts regarding listing

After the allotment, the shares of Amy Organics can be listed in the market on…

As playoff push ends, Orioles savor turnaround for the ages: ‘We understand what it takes’

Brandon Hyde heard the query and paused for eight seconds. In the tip, he didn’t…