Shahrukh Khan’s son Aryan, who was caught doing drugs party on cruise, was arrested by NCB 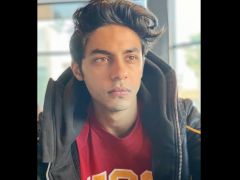 The Narcotics Control Bureau (NCB) has arrested Aryan Khan, son of Bollywood actor Shah Rukh Khan, in the rave party case going on in a cruise going from Mumbai to Goa. The NCB interrogated Aryan for a long time regarding his presence in the cruise, after which he has been arrested.

Those arrested by NCB include Arbaaz Seth Merchant and Munmun Dhamecha apart from Aryan Khan. While the remaining five people were also questioned. Aryan Khan, Arbaaz Merchant and Munmun Dhamecha were taken to the NCB office for a medical examination. After this, a court in Mumbai has sent the three to NCB custody till tomorrow i.e. till October 4.

Earlier, the NCB had busted a party running with drugs by raiding a passenger cruise ship and detained actor Shah Rukh Khan’s son Aryan Khan and seven others in this case. Among them are two women.

NCB official said that apart from Aryaan Khan among those taken into custody, others have been identified as Munmun Dhamecha, Nupur Sarika, Ismeet Singh, Mohak Jaswal. , Vikrant Chhoker, Gomit Chopra and Arbaaz Merchant.

Drugs like MDMA, ecstasy, cocaine, MD (mephedrone) and charas were recovered during the raids on Saturday evening, he said. He told that the anti-narcotics agency has registered an FIR regarding this celebration party.

Acting on a tip-off, a team of NCB led by its regional director Sameer Wankhede raided the Goa-bound Cordelia cruise ship on Saturday evening and recovered narcotics from some of the party passengers, the official said.

He said that during the operation the suspects were searched and different drugs were recovered from them which they had hidden in their clothes, underwear and (by the women) purse.

The detained people would be produced in the court later today after completing the legal formalities, an NCB official said. Earlier in the morning, the NCB interrogated the detained persons at its office here, he said.

Oil at record high! Petrol in the country is close to 94 rupees / liter, check the respective city rates

Scientists have found a new way to increase the life of electronic devices, know how the age of your device will increase