Power crisis deepens in India like China, only 4 days of coal reserves are left with power plants 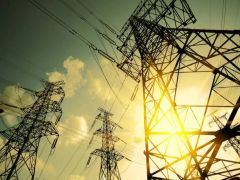 China is facing power crisis for the last few days. Now a similar crisis seems to be deepening in India as well. In fact, this concern has arisen due to the decrease in India’s coal reserves. India is one of the fastest growing major economies of the world, in such a situation the deepening of power crisis here can become a matter of concern for the whole world.

According to a Bloomberg report, coal-fired Indian power plants had an average of only four days of stock left at the end of September. This means that these plants can generate more electricity for only four days without getting coal supply. This is the lowest level in the last several years. These plants had an average coal reserve of 17 days at the beginning of August.

On the other hand, there is a decrease in coal production in the country. India meets 75% of its coal requirement on its own, but due to heavy rains and water logging in coal mines, mining operations are not taking place in them. Due to this there has been a reduction in the coal supply to the power plants.

Now there will be no horns of vehicles with pp pon on the road, but the tunes of tabla and flute will be heard

This has created a dilemma for coal-fired plants. Plants are unable to decide whether to depend on domestic coal supplies at a higher premium or import coal from overseas, where coal prices are currently at record highs due to shortfall in stocks.

Pranav Master, infrastructure advisory, credit rating agency CRISIL, said, “Till the time the coal supply is not completely stabilized, we may see power outages in some pockets as well as overpayment by some customers. Can also be asked to do it. It is expected to stabilize only after the rainy season is over.”

Mark Zuckerberg suffered a major setback due to Facebook down, loss of $ 6 billion, shares fell 5%

He said that the customers may have to face the hike in electricity prices after a few months, when the power distribution companies will get the approval from the regulator to increase the price.

According to government data, coal reserves with Indian power plants stood at 81 million tonnes at the end of September, down 76% from the previous year. As a result, spot power prices on the Indian Energy Exchange rose over 63% to Rs 4.4 per kWh in September.

In order to ensure the supply of coal to power plants, the government has reduced the supply of other important coal-using sectors. These include aluminum and steel industries. Aluminum companies have also complained that Coal India Limited has cut the supply of power plants to give them more supply.

Two major accidents in a single day in China, 11 people died in bus-truck collision, 12 lost their lives due to sinking boat

If you do not have thousands of rupees lying idle with LIC, check immediately, the amount will come directly into the account