PM Modi addressing the farmers of MP, said – Only 7 months after the passing of the Agricultural Law, there is opposition to politics only 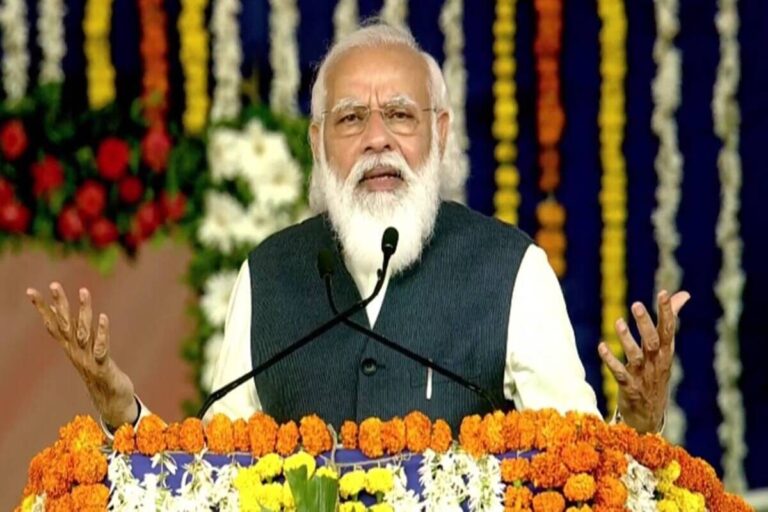 Prime Minister Narendra Modi is addressing farmers through video conferencing at the farmers welfare event at this time. On this occasion, he said that today 16 thousand crores are being transferred to the accounts of 35 lakh farmers of Madhya Pradesh. This event is happening in Raisen and PM Modi is participating in it through video conferencing. Madhya Pradesh Chief Minister Shivraj Singh Chauhan welcomed him to the Kisan Conference and after that he started addressing the farmers. On this occasion, he also requested the opposition parties to take credit on agricultural laws, but allow changes in the lives of farmers. The PM said that 6-7 months after the passing of the agricultural laws, there is a sudden opposition for political gains.

Taking a dig at the Congress, he said that the people who are running the movement in the name of farmers, what they did while in power, need to remember the country. He said that he is bringing all the deeds of opposition parties to the countrymen and farmers. The Prime Minister said that political parties should stop misleading the farmers. 6-7 months have passed since the agricultural laws were passed and now such a big game is being played to build our political ground with the help of a lie.

Prime Minister Modi said that if the Minimum Support Price (MSP) were to be removed, then why would he implement the Swaminathan Commission Report. Our government is serious about MSP, so every year it is announced before sowing. This makes farmers easy to calculate.

PM said that the law has not come in a hurry

PM Modi said that with folded hands, he appeals to all political parties to keep the credit with them and give you credit for the promises made in the election manifesto. I just want to make the lives of the farmers easy and I want their progress and bring modernity in agriculture.
PM Modi said that the agricultural laws have not been brought overnight but instead of these reforms, the Central and State Governments have had a long discussion about these reforms for the last 20-30 years. Agricultural experts, economists and progressive farmers are demanding these reforms.

Year-ender 2020: How will the capital market be in 2021? These lessons from the corona epidemic

Before PM Modi, Madhya Pradesh Chief Minister Shivraj Singh Chauhan addressed the farmers. He said that Prime Minister Modi wants to double the income of farmers and the market will not be closed. He targeted the opposition party Congress and said that it is shedding crocodile tears. Targeting former Chief Minister and senior Congress leader Kamal Nath, he said that he had distributed fake certificates of debt waiver.

Neither Sachin, nor Virat… the spectators left the chairs for this special guest at Wimbledon, the center court echoed with applause

As soon as his name was announced before the Wimbledon match, the entire center court…

Acer Nitro 5 Launch: Acer has launched its Nitro 5 gaming laptop in India on…