Online rules only for Zilla Parishad! Members raised questions on meeting of officers 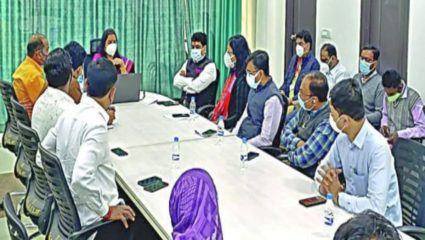 The CEO of the Zilla Parishad, Leena Bansod, held a meeting at the citadel. In the order of January 8 of the state government, it has been clearly stated that the government meeting should be held online. Earlier, on the orders and instructions of January 6, the department heads of the Zilla Parishad visited the stronghold of Saptashringi and held a meeting of solid waste management. On this, the members questioned whether the Corona restricted rule is not applicable.

Not many people were present in the meeting. After going there we had an online meeting.

Get 3300 rupees every month by investing in this post office scheme, know everything here

Booking of 2022 Audi Q7 Facelift will start, a token amount of Rs 5 lakh will be given, will be launched this month