No more strictness, churning on restrictions in the cabinet 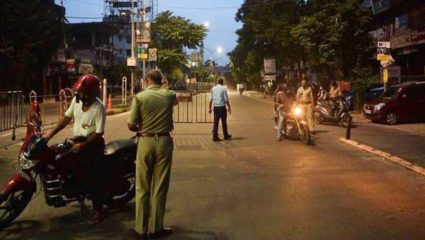 Mumbai: Corona cases have not decreased in Maharashtra including Mumbai, but the death toll due to this is being recorded less. In such a situation, the state government is no longer in a mood to impose more strictness on the people. On Wednesday, a cabinet meeting was held under the chairmanship of Chief Minister Uddhav Thackeray.

According to sources, the opinion of most ministers is that keeping in mind the livelihood of the people, there is no need to tighten the restrictions further. In this third wave of corona, the speed of infection among people is fast, but it is a matter of relief that people are also recovering at the same speed. In such a situation, the ministers believe that it would not be appropriate to impose more restrictions to continue the economic cycle of the state. Presently the government has announced Night Curfew from 11 PM to 5 AM. Apart from this, it has been decided to keep all schools, colleges and universities closed till February 15.

Bed and oxygen consumption figures in hospitals under control

At the same time, in addition to all government offices, corporations, state offices, instructions have been given to work with 50% attendance in all private offices. However, despite these restrictions, the cases of corona infection have not come down as much as the government was expecting. But the number of beds and oxygen consumption in hospitals is under control. In such a situation, experts say that by tightening the restrictions unnecessarily, difficulties can increase. However, the government has given instructions to strictly follow the guidelines issued at present. People have been advised to avoid unnecessary crowds. However, despite the government order, corona rules are not being followed properly in many places.

In view of the increasing infection of Corona in the state, the government has decided to keep schools, colleges and universities closed till February 15. However, Minister of State for School Education Bacchu Kadu has said that due to this there is a lot of loss to the education of the children. Talking to a Marathi news channel, Kadu said that the decision to close the schools has been taken after consultation with experts. However, he said that he would talk to the Chief Minister regarding this. Kadu said that the decision-making authority on schools should be delegated to the local administration. He said that a proposal to restart the school with the consent of the parents would soon be sent to the Chief Secretary of the state.

These businesses are very useful after retirement, easily earn money

Vodafone Idea in a new avatar named ‘Vi’, given hints of increasing tariffs;