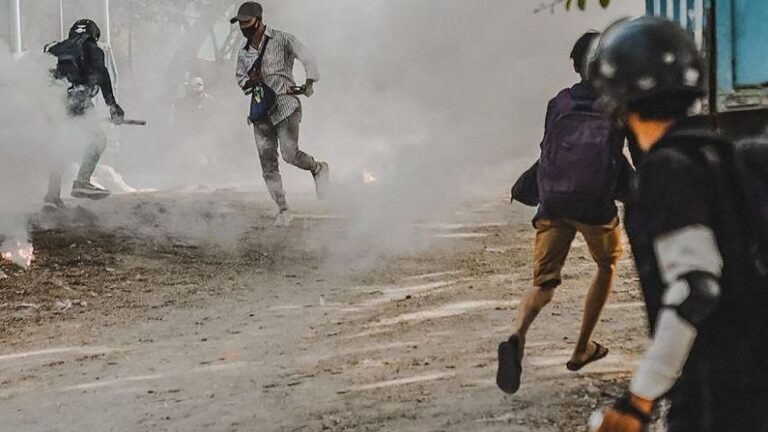 550 Killed by Army in Myanmar: Since the February 1 coup in Myanmar, the number of civilians killed in military administration junta action has increased to 550 (Myanmar Protests Casualties). A human rights group of the country ‘Assistance Association for Political Prisoners’ said on Saturday that there are 46 children among the dead. About 2,751 people were detained or punished. The brutality of the army has continued here since the coup (Myanmar Protests After Coup). Most of the people have been shot in the head.

Threats of murderous violence and arrest of protesters in Myanmar have failed to suppress demonstrations demanding the army go out of power and restore the democratically elected government (Myanmar Protests Against Military Coup). Local media quoted eyewitnesses as saying that five people were detained by the armed police force dressed in plain clothes late on Friday night. He spoke to a CNN journalist at a market in Yangon.

Arrests have taken place in three different incidents. Meanwhile, the Karen National Union, representing ethnic minority rebel groups fighting the government for decades, has condemned ‘frequent bombings and airstrikes’ against villages and unarmed civilians in their hometown bordering Thailand (Myanmar Protests Crackdown) . More than 12 civilians have been killed and more than 20,000 displaced since March 27 in areas controlled by Karen, according to the Free Burma Rangers, a relief agency operating in the area.

These people have been migrating to neighboring countries since they were displaced. A large number of these people have reached Thailand. Earlier, there was news that the Government of Thailand has asked these people to return (Myanmar Protests Background) but later again the Prime Minister said that he is ready to give shelter to these people and any citizens who have fled from Myanmar. Has not been asked to forcibly leave.

Also read- Due to Corona, this country poses a threat to the world, not a place for burial of dead, old graves being dug

Also read- Tulsi Gabbard gets angry over attack on Hindus in Bangladesh, US leader said – oppression since 1971

New feature added on Instagram reels, now users will be able to create videos like TikTok, Learn how it works

In our country, the solar sector is being given much importance these days. On one…

Within just one day, Tata Motors did this amazing in Delhi-NCR, customers will now get next level facility