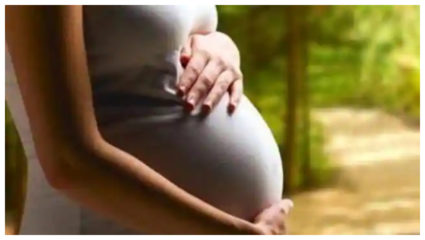 Mumbai: It has not even been a month since the third wave of Corona started and till now more than 600 pregnant women in the city have been infected with Corona. According to the doctors engaged in the treatment of pregnant women, this time the complication is less in women and recovery is happening faster.

In the first wave and second wave, pregnant women infected with COVID-19 had a lot of health problems, but in the third wave, most of the cases are of mild symptoms. Recovery is also happening quickly. Earlier, infection used to reach the lungs of women, but at present we are not seeing such cases. Till now we have also delivered 160 women.

So far 161 positive pregnant women have been admitted to the hospital in the third wave. This time pregnant women have mild symptoms and recovery is also good. So far no patient has required oxygen beds, whereas in the second wave, 40 per cent patients were put on oxygen support.

In our hospital 36 beds have been reserved for the treatment of pregnant women recently. At present we have 5 patients. Everyone’s health is stable. None of the patients has any serious problems.

After Deepika, ‘Bahubali’ Prabhas is going to work in this big film, tomorrow may be big announcement

Job Revivals: Rapid growth in hiring of corporate companies, jobs have started increasing in many industries of service sector including IT, retail

Good news for Indian IT professionals, preparing to remove quota from Green Card in America