IPL 2022 season to be held in Mumbai, now due to ‘this’ the date of mega auction has been shifted and further 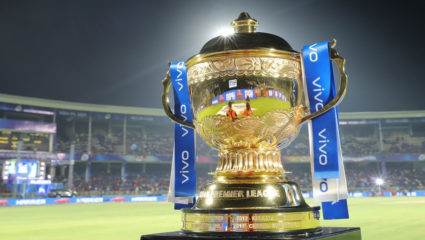 Both international and domestic cricket has been affected due to the Corona epidemic. It has been like this for the last two years. IPL is no exception to this. It is worth noting that IPL 2020 was postponed and organized in the UAE in the month of September-October 2020. After this there were hurdles in IPL 2021 as well.

After 29 matches after the second deadly wave of corona in India, it was found that some team members were COVID positive, then the tournament was immediately postponed and the remaining 31 matches were held in UAE a few months later. Now the latest news is that the clouds of danger have started hovering over the IPL 2022 i.e. season-15 of IPL.

However, news is also coming that BCCI has prepared a plan-B for organizing the tournament this time. If the corona infection becomes serious, then all the matches of IPL 2022 will be conducted in Mumbai itself. According to cricbuzz.com, BCCI has two plans ready for organizing the IPL.

According to Plan-A, all 10 teams will have to play according to the Home Away Schedule. At the same time, according to Plan-B, the entire season of IPL 2022 will be conducted in Mumbai itself. If the tournament of this new season is organized in Mumbai, then all its matches can be held in three stadiums of Mumbai, Wankhede, CCI and DY Patil Stadium.

Cloud of suspense once again on the date of mega auction

Significantly, a few days ago on February 12 and 13, the IPL mega auction was announced in Bengaluru. But, sources reveal that the auction dates may once again go ahead. Remind you that many questions arose after CVC Capital bought the Ahmedabad team.

However, now those questions have come to a halt. However, the agreement between investment party CVC Capital and the lawyers of BCCI is getting delayed. According to cricbuzz.com, the legal teams of both the parties are yet to decide on the right words for the agreement. This is the reason why the agreement is getting delayed. So obviously it can be delayed even more. Because of this, it may also have an impact on the dates of the mega auction. Speculations are rife that the mega auction may be extended by 7-10 days.

As per the schedule, IPL 2022 was to start from April 2. But, BCCI President Sourav Ganguly wants to organize it from March 25. BCCI

It is believed that if the tournament starts from March 25, the double header and matches of the day can be reduced. For this reason BCCI wants to preponed the naye season.

Women were discriminated against by Amazon; 5 women filed suit