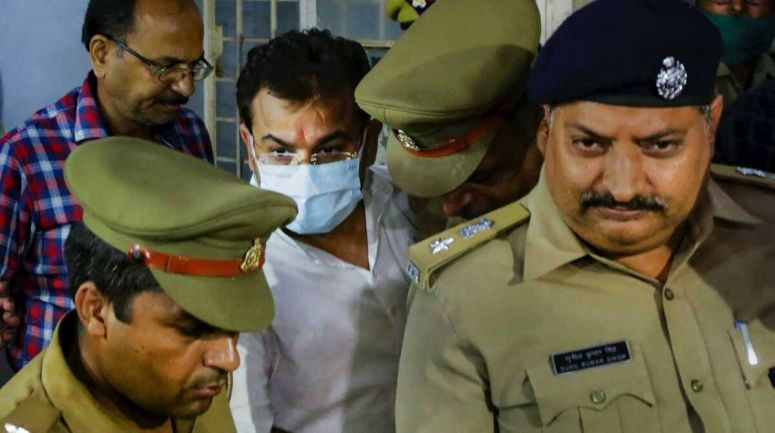 Ashish Mishra, son of Union Minister of State for Home Ajay Mishra Teni, accused in the October 3 violence in Tikunia in Lakhimpur Kheri, Uttar Pradesh, was taken to the Crime Branch office on Tuesday, where a special investigation team (SIT) is questioning him thoroughly. Ashish Mishra was taken into police custody after getting permission from the court, a senior police officer said.

The SIT has prepared a long list of questions. Where was Ashish at the time of the incident? Because in the interrogation held on Saturday, Ashish could not give evidence of his presence on October 3 from 2:20 to 3:46. However, his team claims that mobile phone videos also confirm Ashish’s presence in Banveerpur at 3:01 pm, 3:08 pm and 3:28 pm.

Police investigation reveals that the violence took place between 2:30 pm and 3:30 pm on 3 October. Sources told News18 that the defense is preparing a timeline to prove that Ashish Mishra was in his village Banveerpur and not Tikunia where the violence took place. Sources said that some videos from the defense side have been taken from the mobile phones of the local people which is of Ajay Mishra’s village where he was present at a wrestling event.

Senior Prosecution Officer (SPO) SP Yadav said on Monday that an application was made in the court (Chief Judicial Magistrate) on Saturday to send Ashish Mishra to 14-day police custody, which was heard and the court heard from October 12 to 15. Orders were given to send him to police custody. He told that the medical test of Ashish Mishra will be done and he will not be harassed by the police in the name of interrogation. Yadav also told that during this time his lawyers will be present.

A Special Investigation Team (SIT) of Uttar Pradesh Police arrested Ashish Mishra after nearly 12 hours of interrogation on Saturday in connection with the Lakhimpur Kheri violence on October 3 and produced him in a court after midnight where police He was sent to Lakhimpur District Jail in judicial custody.

Deputy Inspector General of Police (Headquarters) Upendra Agrawal, who is heading the SIT, told reporters after Mishra’s arrest on Saturday night that Mishra did not answer the police’s questions correctly and did not cooperate in the investigation. He is not trying to tell the right things, so he has been arrested. Let us tell you that eight people, including four farmers, were killed in the violence on October 3 in Lakhimpur Kheri.

Maharashtra lockdown: how to maintain your car at home, all work will be done without service center

Jaishankar, who spoke on the free, open and inclusive Indo-Pacific at the United Nations, said – will take concrete action against terror