India-China talks: 14th round of military-commander level talks between India and China to resolve the Ladakh standoff 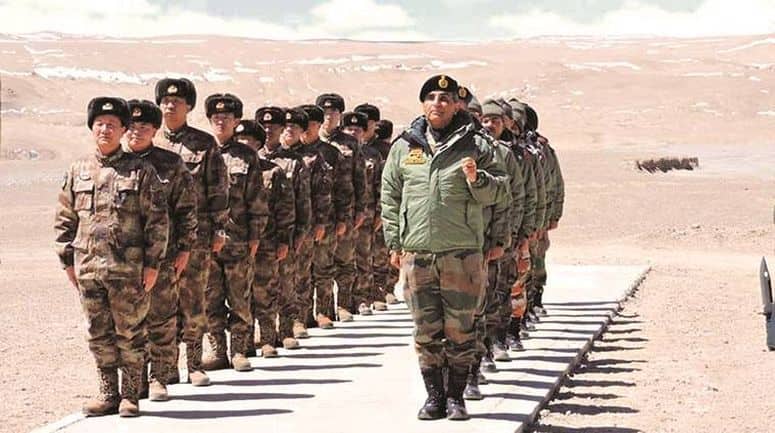 China on Tuesday said that the current situation in the border areas with India is stable and confirmed the 14th round of corps commander-level talks on Wednesday to discuss the process of withdrawing troops from the remaining places of confrontation in eastern Ladakh. .

Let us inform that Lt Gen Anindya Sengupta has taken over the command of Elite Corps from Lt Gen PGK Menon. The 14 Corps, formed on September 01, 1999 after the Kargil War, ensured security of both the Line of Control (LOC) with Pakistan and the Line of Actual Control (LAC) with China by keeping a close watch on some of the highest battlefields in the world, including the Siachen Glacier Is.

According to sources, India has always been hopeful of a constructive dialogue to maintain balance in the conflict zones. He said that the process of withdrawing the troops of both the countries from the remaining places of confrontation in eastern Ladakh will be discussed. Where the Chinese side has refused to back down in the talks so far.

Chinese Foreign Ministry spokesman Wang Wenbin said that the situation on the China-India border is stable at this time. The two countries maintain dialogue and communication through diplomatic and military channels. We hope that the two sides together will find a solution through dialogue. Earlier, the last Corps Commander-level meeting ended without progress on October 10 at the Chushul-Moldo border.

The Eastern Ladakh border standoff arose after a violent clash between Indian and Chinese troops in the Pangong Lake area on 5 May 2020. The process of withdrawing troops on the northern and southern banks of Pangong Lake and in the Gogra area was completed last year by both sides as a result of a series of military and diplomatic talks. There are currently around 50,000 to 60,000 troops from each of the two countries in the vulnerable areas of the LAC.

Rise in crude to base metal and natural gas, know what is the reason?