Health Ministry’s big instruction on Corona, said – if fever does not come for three days, then discharge without investigation 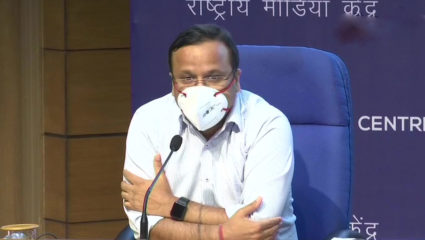 New Delhi: The Ministry of Health has issued increased instructions for corona infected. Under which any patient does not have fever for three consecutive days, then he can be discharged from the hospital. This information was given by Lav Agarwal, Joint Secretary, Ministry of Health in a press conference held on Wednesday.

He said, “The positivity rate was 1.1% on December 30, it has increased to 11.05%. The #COVID19 figures coming from Maharashtra, Pt. Bengal, Delhi, Tamil Nadu, Karnataka, U.P., Kerala and Gujarat are a matter of concern.”

“A total of 115 deaths were confirmed globally and 1 in India due to Omicron,” the health ministry said. “According to WHO, Omicron has a substantial development advantage over Delta… Data from South Africa, UK, Canada, Denmark suggest a lower risk of hospitalization for Omicron compared to Delta.”

Lav Agarwal said, “After the review meeting by the PM on the COVID situation, we have revised our discharge policy with graded severity in mild and moderate cases.” “Mild case discharge after at least 7 days from positive and non-emergency test for 3 consecutive days, no need for testing before discharge,” he said.

Further said, “Moderate case – If there is resolution of symptoms, the patient maintains O2 saturation >93% (without O2) for 3 consecutive days.. Such patient will be discharged.”

Those coming in contact with the infected will be home quarantined

ICMR chief Balram Bhargava said, “All symptomatic cases, including all at-risk contacts, need to be tested… asymptomatic cases need not be tested unless they are at high risk. Home quarantine for 7 days will be mandatory for all contacts as per the guidelines.

To buy a car on Diwali, these models will be best for under 4 lakh rupees; Benefits of festive offer together

Do UFOs and ‘Spacecrafts of Aliens’ fly in America’s skies? Response received from US government intelligence report