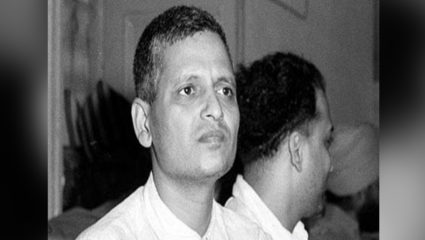 Valsad: A debate competition was held in a private school in Valsad district of Gujarat. Where three topics were decided for the debate, one of which was ‘My Ideal Nathuram Godse’. The child who won the first prize in this competition held on Monday, while speaking on this subject, did evil of Gandhiji and called Godse as his ideal. Now the commotion has started about it.

People are very disappointed about the subject of this school competition. Now action is being demanded regarding this. The main thing is that this subject for children from class 5 to class 8 was selected by the government officials at the local level. Valsad’s District Sports Officer Meetaben Gawli has been suspended after the ruckus.

Apart from this, when Valsad’s Collector Kshipra Agre was talked about on this dispute, he raised his hand on this whole issue. He said that this matter comes under the Sports Department, only the Sports Department can take action against the people responsible for this. It does not come under my jurisdiction.

Income tax raids on businessmen associated with Samajwadi Party in UP

File -Rajesh Mishra Lucknow: In Uttar Pradesh (Uttar Pradesh), the round of raids of various…

French billionaire Olivier Dassault dies in helicopter crash; this is the connection to Rafale Jet

Olivier Dassault: French billionaire and Member of Parliament politician Olivier Dussault was killed. He was…