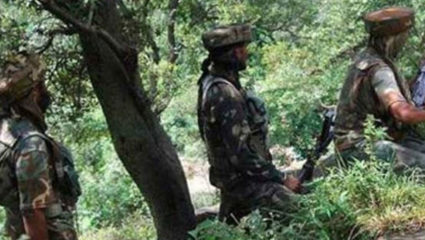 Gadchiroli, The incident of brutal thrashing of 2 forest guards working under the Zambia-Gatta forest area office of Etapalli tehsil under Bhamragad Forest Department has come to light on Wednesday, 12 January. Due to which there is panic in the forest department. The names of the forest guards who were injured in the beating of Naxalites are Jageshwar Madhav Surgaye (30) and Hukesh Ramkrishna Raut (29).

Meanwhile, around 12 noon, the Naxalites stopped his two-wheeler near Visamundi drain. Who are you, how did you come from this road, where are you going, etc. The Naxalites took them to the forest, raising various questions. By tying both of them to a tree, the Naxalites beat them mercilessly.

The beating continued till 3 pm. After the beating, there is information about the Naxalites also snatching the literature from the forest guard. In this context, both the injured forest guards filed a complaint with the Bhamragad police station on 12 January. Police have registered a case against unknown persons. The Bhamragad police is investigating the matter further.

As soon as the matter of brutal beating of 2 forest guards by Naxalites came to light, there was panic among the forest department employees working in the inaccessible and susceptible areas. Already, facing various problems, they discharge their duty, in such a situation whether they should discharge their duty or save their lives due to the beatings of Naxalites, such a question has arisen in the forest workers working in the susceptible area.

Congress released the first list of candidates in UP, full of fighting women