First love found at the age of 16, life’s first speech given at 16 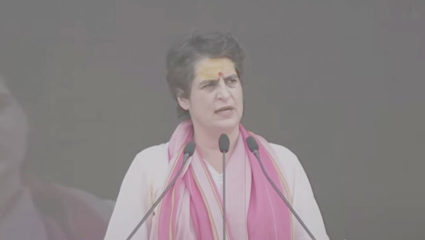 Usually, most of the celebrities who are concerned with politics are not interested in any identity, but there is a personality of Indian politics who, despite being away from politics for years, kept making headlines in the corridors of power. Even after being related to the Gandhi family, he kept himself separate from the political world. But, when the Congress needed him the most, he did not delay in making politics his world.

Priyanka Gandhi Vadra, the national general secretary of the All India Congress Committee and in-charge of eastern Uttar Pradesh, is celebrating her 50th birthday on 12 January. He was born in the year 1972 in New Delhi to Rajiv Gandhi and Sonia Gandhi. She comes from the prominent political Nehru-Gandhi family of India. Priyanka is the granddaughter of former Prime Minister of India Indira Gandhi. Their love story has been quite interesting. In such a situation, on the occasion of Priyanka Gandhi’s birthday, we know some interesting things about her.

Many things are said about Priyanka Gandhi, but few people will know that Priyanka did her MA in 2010, that too in the teaching of Buddhism. Priyanka is very close to this religion and also follows it.

First love found at the age of 13

At the age of 13, Priyanka first met Robert Vadra, who was very simple. Meanwhile, the series of meetings continued and their friendship turned into love. Robert Vadra had said in an interview that Priyanka and he share an equal share with each other and they talked about marriage and relationship, not sitting on their knees but sitting together. When both of them told their families about it, Robert’s father was not happy with it, but later he also agreed. Both got married in 1997.

Priyanka’s official political entry may have been much later, but in the 2004 General Elections, Priyanka Gandhi wrote many speeches for her mother Sonia Gandhi as well as handled a lot of her campaign work. Not only this, in the 2007 elections, he played a very important role to make the Congress win. Priyanka had also handled the campaigning work for both Rae Bareli and Amethi seats and it tells how Priyanka Gandhi has done her job well despite not being on the front line politics.

The Congress, which ruled the politics of the entire country for decades, was reduced to just a few states till the 2019 general elections. When the Modi government had implemented a Congress-free India, Rahul Gandhi seemed to be failing to bring the Congress train back on track. Therefore, Priyanka Gandhi formally took over the reins of Congress in order to cross the party’s boat stuck in the midst of defeat and victory. Priyanka’s entry in politics (priyankagandhi 2019 election) filled the enthusiasm among the workers who had lost hope.

Did big companies start to see the impact of Corona, production from Maruti, Toyota to Honda

Sensex gives ‘record-breaking’ returns so far in Budget Month, most in 11 years