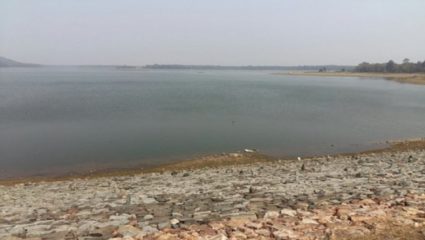 goregaon, crores of rupees Kalpathri Medium Project was prepared by spending. Thousands of farmers have given their land for this. But many farmers are deprived of the benefits of the project. Due to which the Kalpathri medium project is proving to be a white elephant.

There is no irrigation facility in Goregaon tehsil. Due to which the cultivation of this area is dependent on rain water. Every year farmers have to face losses due to the ruckus of rain. Kalpathri Medium Project has been approved for the purpose of providing irrigation facilities to the farmers. For this, the government has also made available sufficient funds.

The water of this Kalpathri project is currently being transported through canal to the farmers located at Mohari, Babai, Kamargaon and Chopa. Whereas the water of this project is not reaching the farmers of the remaining villages like Telankhedi, Ghumra, Palkheda, Tumsar, Nimba, Tedha, Tilli, Mohgaon, Hausitola etc. These villages are not getting water due to the high height of the canals prepared for these villages. Whereas Hiratola, Mahagaon, Devatola, Panchavati, Davdipar, Bote, Jhanjia canals have been prepared. The water of the project is not reaching because of that too being unhealthy. This problem is there for many years.

The public representatives of the district give many assurances regarding irrigation. But the farmers are not getting the benefit of Kalpathri project. In this, the officials of the concerned department are making efforts towards the repair of the canal. Which is having an impact on the farmers. Kalpathri project will benefit 1915 hectares of irrigation. Farmers’ problem will be solved. At the same time, the farmers of this area are being deprived of the water of the project due to the lack of public representatives and officials of the concerned department.

Brazil’s situation is getting out of control, President has to change health minister for the fourth time

What is Intermittent Fasting? Know what are its methods and benefits