Election dates of 5 states including UP-Punjab announced, know when will votes be cast in which state 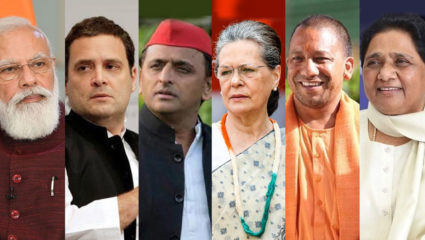 New Delhi: Assembly Election Dates 2022 for Uttar Pradesh, Punjab, Uttarakhand, Goa and Manipur have been announced. With this announcement, the code of conduct has come into force in five states. Want to tell that the elections for all the 5 states will be held in total seven phases. Seven in Uttar Pradesh, 2 in Manipur, Punjab-Uttarakhand and Goa will vote in 1 phase each. Also, the results of the elections will come on March 10.

It is to be known that in Uttar Pradesh, under the first phase in UP, voting will be held on February 10. The second phase will be on 14 February, third phase on 20 February, fourth phase on 23 February, fifth phase on 27 February, sixth phase on 3 March, seventh phase on 7 March.

Uttar Pradesh to go to poll in 7 phases from 10th Feb to 7th March; Punjab, Uttarakhand and Goa to vote on 14th February & Manipur to vote on 27th Feb & 3 March; Counting of votes on 10th March: ECI pic.twitter.com/hxKms5e8hi

Chief Election Commissioner Sushil Chandra announced the election dates in a press conference. He said that the election process will be carried out following the guidelines related to prevention from corona and all the participating personnel will be compulsorily ensured precautionary doses of anti-Covid-19 vaccine.

He said that all election officers and employees would be treated as frontline workers and all eligible officers would be given precognition doses. Chandra said senior citizens above 80 years of age, persons with disabilities and COVID-19 positive persons can vote through postal ballot.

Howie Carr: Kamala math provides as much as a 2024 catastrophe

Few of the comrades will admit it publicly fairly but, however even Democrats know that…

Twitter failed to appoint 3 statutory officers even after being told by the government, now what next..?

According to reports, micro-blogging platform Twitter has failed to appoint all three officials under the…