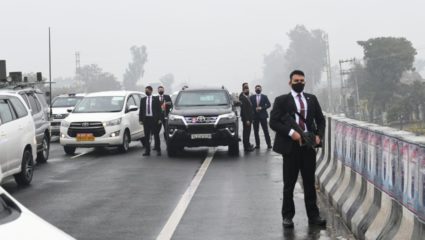 Earlier, while hearing the matter, the Supreme Court had said that a committee will be formed to lead the investigation of this matter. Who will investigate the whole matter. In fact, the court had agreed to constitute an independent committee, headed by a former Supreme Court judge, to inquire into the security lapses of Prime Minister Modi in Punjab’s Ferozepur. The inclusion of the DGP of Chandigarh, the Registrar General of the High Court and one more officer in this committee had come to the fore earlier. Along with this, the IG of NIA and IB officers are also reported to be part of it.

According to a report, during the last hearing in the court in this entire matter, DS Patwalia appeared in the court as a lawyer on behalf of the Punjab government. He had said that baseless questions have been raised on our committee. Along with this, show cause notices have also been issued to our officers. Patwalia said that the Chief Secretary is being told that he has not done his job properly. We are serious about PM’s security. See the court that action should not be taken against us without investigation.

America has given a big shock to India in the list of ‘currency manipulators’, know what it means