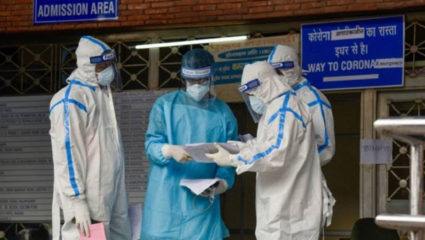 New DelhiDelhi Health Minister Satyendra Jain said on Thursday that the rate of hospitalizations due to corona virus infection in the city is stable but the number of cases and infection rate is stable. an increase has been observed. The minister said that the committee set up to analyze the cases of death due to infection found that most of the dead were people who also had other diseases. The meeting of this committee was held on Wednesday.

In the first 12 days of this month, 133 people have died in the national capital. 54 people died in the last five months. Of these, nine died in December, seven in November, four in October, five in September and 29 in August. In July, 76 people lost their lives in Delhi due to infection. Jain said the cases may start declining soon.

Delhi reported 27,561 cases of COVID-19 on Wednesday, which is the highest number of cases in a day since the outbreak of the epidemic and 40 people died while the infection rate rose to 26.22 percent.

Zomato IPO: Zomato is launching an IPO of Rs 8250 crore, what is the company’s complete plan