Coal Crisis India: Why is there a shortage of coal in India, what will be its effect on all of us? Know the reason for this crisis 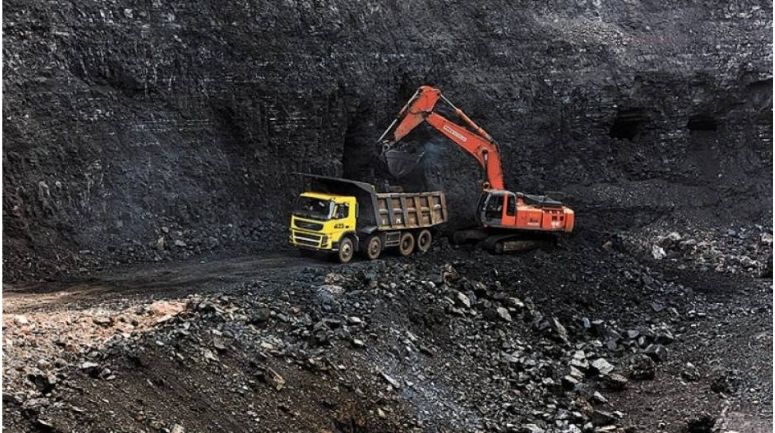 India is currently facing a severe shortage of coal. The stock of coal in thermal power plants can supply fuel for only a few days. Union Power Minister RK Singh has said the situation is “touch and go” and could be “difficult” for six months. For a country where 70% of electricity is generated using coal, this is a significant cause for concern, as it threatens to derail post-pandemic economic reforms.

Why is this happening?

This crisis has been going on for months. In fact, as soon as India’s economy accelerated after the second deadly wave of Covid-19, the demand for electricity also increased at the same pace. Electricity consumption has increased by almost 17% in the last two months alone as compared to the same period in 2019.

With this global coal prices rose 40% and India’s imports fell to a two-year low. Despite having the fourth largest coal reserves in the world, India is the second largest coal importer in the world. Power plants, which are usually dependent on imports, are now heavily dependent on Indian coal, adding to the already strained domestic supply.

What will be its effect?

Experts say that exporting more coal to meet the domestic shortage is not an option at the moment. Dr. Aurodeep Nandi, India Economist and Vice President at Nomura, told the BBC, “We have seen such shortages in the past too, but this time the serious thing is that coal is really expensive.”

He explained, “If I, as a company, am importing expensive coal, I will raise my prices, right? And ultimately these costs are passed on to the consumer, hence the effect of price rise.”

If the crisis continues, consumers will face an increase in the cost of electricity. Retail inflation is already high, as everything from oil to food has become costlier.

In recent years, India’s production has lagged, as the country tries to reduce its dependence on coal to meet climate goals.

India’s Energy Minister RK Singh said in an interview with The Indian Express newspaper that the situation is “touch and go” and the country should prepare itself for the next five to six months. A senior government official told the BBC on condition of anonymity that the situation was “alarming”.

If the situation continues like this, Asia’s third largest economy will struggle to get back on track, warns Ms. Zohra Chatterjee, former head of Coal India Limited. Electricity is what gives all the power. Manufacturing sector – cement, steel, construction – everything gets affected due to shortage of coal.

Chatterjee describes the current situation as “a wake-up call for India” and says the time has come to reduce dependence on coal and pursue the renewable energy strategy more rapidly.

effect on the states

The effect of this shortage of coal is now slowly becoming visible. Delhi Chief Minister Arvind Kejriwal has written a letter to Prime Minister Narendra Modi on Saturday regarding the shortage of coal in the power plants of the capital. Kejriwal has appealed to the Prime Minister to personally intervene in the matter to find a solution to the problem of power crisis in the capital.

Punjab Chief Minister Charanjit Singh Channi also asked the central government to immediately increase the state’s coal supply as per the quota to tide over the power crisis as its thermal plants have shut down due to rapidly depleting coal reserves.

Not only this, Punjab State Power Corporation Limited appealed that there is acute shortage of coal in the country, so it appeals to its customers to “save electricity by switching off lights, devices and air conditioners when not needed”.

What can the government do?

How can India strike a balance between wanting to meet the electricity demand of its nearly 1.4 billion people and cutting its reliance on highly polluting coal-burning power plants? This question has been a big challenge for the government in recent years.

Dr. Nandi said, “A large part of our energy comes from thermal (coal). I don’t think we’ve reached that stage yet where we have an effective thermal alternative. Yes, that’s a caveat. But I don’t think coal’s important role in our energy needs can be replaced any time soon.”

Experts advocate a mix of coal and clean sources of energy as a potential long-term solution. Dr. Jain says, “It is not entirely possible to switch everything right away and switching to 100% renewable energy without backup is never a good strategy.” He added, “You can only make changes like this if you have those backups available.”

Former bureaucrats like Chatterjee say that apart from long-term investments in multiple power sources, crises like the current one can be avoided with better planning. They think that Coal India Limited, which is the biggest supplier of coal in the country. There is a need for better coordination between him and other stakeholders.

What can happen next?

It is not clear how long the current situation will last, but Dr. Nandi is optimistic. “The demand for electricity usually falls with the onset of monsoon and the onset of winter. Hence, the demand-supply mismatch may end to some extent,” he says.

Vivek Jain says, “It is a global phenomenon, which is not exclusively limited to India. If there is a fall in gas prices today, there may be a switch back to gas. It is a dynamic situation.”

For now, the Indian government has said that it is working with state-run enterprises to increase production and mining to bridge the gap between supply and demand.

The government is also hoping to source coal from so-called “captive” mines. Captive mines are operations that produce coal or minerals only for the company that owns them and under normal circumstances the production they produce is not allowed to be sold to another business.

Experts are of the view that while short-term reforms can help India tide over the current energy crisis, the country needs to work towards long-term alternatives to meet its growing domestic power needs.

Coronavirus: Vaccination is the only solution to corona crisis in India, says top US expert Dr Anthony Fauci

NBFC: Improvement in loan repayment; These stocks may come faster

So far 36 people have died in Pakistan train accident, Imran Khan ordered an inquiry, see photos of the scene