Cancer trap spreads around the world, good food, life will be saved from exercise 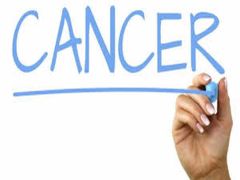 Coronavirus is currently fighting the war all over the world. People are upset due to Corona hitting everywhere. Meanwhile, another epidemic has been born, which is called Cancer. Yes, you heard it right In the last few years, there has been a rapid increase in patients suffering from Kaiser. On such World Cancer Day, it is important to know how we can avoid this deadly disease. We are with you today to talk …. Dr. Praveen Garg, Senior Consultant of Indraprastha Apollo Hospital. Fortis Memorial Research Institute Director Oncology Dr Niranjan Naik and Cancer Round K Co Sumit Wadhwa

Cancer is increasing due to this

Most patients in these states

The most patients of Kaiser are in Uttar Pradesh, Bihar, Maharashtra, West Bengal, Madhya Pradesh.

Mouth and throat cancer patients are the highest in the country. 40% of cases are cancer of the mouth and throat. Consumption of alcohol and tobacco also increases the risk of cancer. Bad lifestyle and bad food are also responsible for this.

There is difficulty in swallowing food. There is a change in voice. Swelling comes in the throat. There is a lump in the neck. Mouth ulcers are not cured. These are symptoms of cancer.

Breast cancer patients are the highest in the world. According to the WHO report, obesity is the most common risk of breast cancer. Smoking and alcohol also pose major risks.

Lumps or water starts coming in the breast. Swelling or lump in the armpits or change in the shape of the breast are its symptoms.

Symptoms are its cough for more than a week. In addition, cough, bleeding from the mouth, pain in cough can also be symptoms of lung cancer.

Do these 5 important tasks before the end of the financial year, otherwise your tax liability will increase

US: Eric Garcetti will be the new US ambassador to India, Biden nominates the mayor of Los Angeles

Covid 19: Passengers going to UK get exemption in travel restrictions from today, India out of rate list, read- everything about it