By counting the trees in Vasai-Virar region, each will get the number 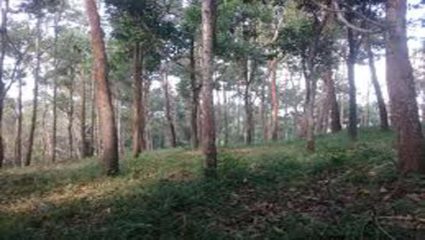 There is an independent Tree Authority Department in the Municipal Corporation. Various works are done by this department including plantation, care, development of gardens, plantation in hills and vacant places in the city. Trees were counted in the year 2015. During that time there was talk of having 14 lakh trees in the city. After that, many programs were started for tree plantation. Due to which there has definitely been an increase in the number of trees, but in many places they are harmed by putting banners, posters, nails and wires on the trees, while the incidents of cutting trees, setting fires are often seen.

GSI tagging will be monitored

Numbering code will be given to the villages

Tree Authority Department, Deputy Commissioner Charushila Pandit said that along with the classification of the species name of the tree, species of fruit, height, color and its use etc., it will be given a numbering code. For this mobile software has to be developed. Tree census is to be done in the municipal area. GSI system is to be used in this scheme. Further action will be taken after appointing expert advisor for this.

Your daughter can become a millionaire at the age of 21

Bank customers will get money after the government’s order,

Rajasthan announces subsidy on two and three-wheeler electric vehicles, will get a discount of up to 20 thousand on purchase