Arvind Panagariya said, the fundamentals of India’s economy are strong 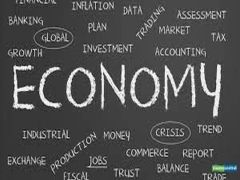 Former Vice Chairman of NITI Aayog Arvind Panagariya said during an interview on Sunday that India’s economy fundamentals are strong and GDP in the last fiscal year has already crossed the pre-pandemic level. have taken.

The Indian economy registered a record growth of 20.1 per cent in the April-June quarter of the current fiscal. Despite the second wave of corona virus, the manufacturing and service sector has registered good growth.

Many experts believe that India is now on its way to achieve the world’s fastest growth this year. The Reserve Bank of India (RBI) has reduced the growth forecast for the country’s economy for the current fiscal year from 10.5 per cent to 9.5 per cent. At the same time, the World Bank has projected India’s economy to grow at the rate of 8.3 percent in 2021.

However, talking to PTI, the veteran economist stressed that India needs to win decisively over the coronavirus pandemic at the earliest. At the same time, Panagariya said that the news on the vaccination front is fantastic. I would only like to say that the citizens of our country should try their best to protect against corona virus and wear a mask when they come in contact with anyone.

Let us inform that Panagariya is currently Professor of Economics at Columbia University. He said that contrary to popular belief, private investment has definitely increased in India than before.

He said that in the third quarter of the last fiscal year, the Gross Fixed Capital Formation (GFCF) has been 33 percent of the GDP. In the fourth quarter of the same period, it has been 34.3 percent. Which is more than the quarters before the pandemic a year ago.

PMI: Improvement in manufacturing sector activities for the third consecutive month, increased demand in every sector

When Panagariya was asked about foreign capital inflows, he said that we should make it clear that it is not just quantitative easing (QE). He said that foreign capital comes to India more because they believe in getting better returns in the Indian economy. He said of course QE leads to capital inflows from advanced economies. But it does not guarantee that this capital will come only in India and will not go to other emerging economies.

Corporate India Risk Index: In today’s era when many investors invest in the capital market,…

Book LPG cylinder with Paytm and get cashback up to Rs 2700, know full deal here

Paytm had started the facility of booking cylinders through its platform last year. The payments…

People hiding in tunnel to avoid airstrike, but ‘safety shield’ failed, so much ‘fire’ rained from the sky that 4000 people were killed

A total of about 260 airstrikes were carried out by Japan on Chongqing. It is…