Haryana Ladli Yojana: The Government is Giving 5000 Rupees Every Year 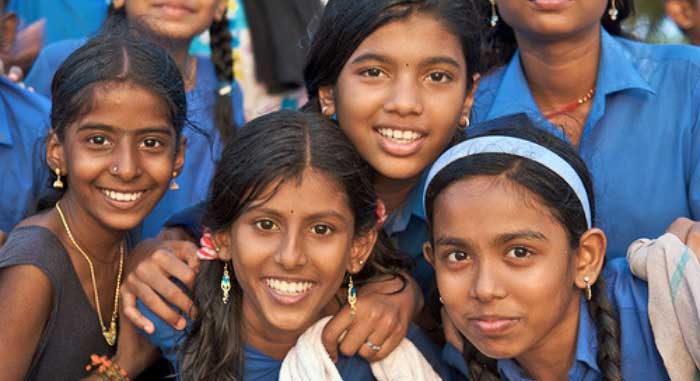 Haryana Ladli Yojana: Many schemes are launched for girls in India with the aim of improving only one girl’s situation, and girls in every field move forward. Keeping this in mind, the government has launched the Ladli scheme. Today, the ratio of girls to boys is less in the country, and that is because even today girls are considered a burden in the country. The boy runs the clan of the family, this small thinking is still in many parts today. Let us know what is the Ladli scheme, what is the benefit, who is the beneficiary.

What is Haryana Ladli Scheme?

Ladli scheme has been launched with a view to giving a good future to girls and making them self-reliant in the state. Under the scheme, the government provides financial assistance to girls for education or to get married in future. In many parts of Haryana, even today girls are killed as soon as they are born, people consider them a burden.

Girls born after August 2005 will get benefits under this scheme. Under the scheme, the government will invest 5000 rupees every year through the Kisan Vikas Patra in the name of the mother and that girl. This amount can be withdrawn only after the girl turns 18.

The aim of the scheme is that after 18 years, if the girl wants to pursue higher education, then she does not face any financial problem. She can use this money for education, as well as if she wants to get married, this money can also be used for wedding expenses. The scheme has been started mainly for parents or guardians, who have only 2 girls. The government wants such parents to not consider girls as a burden and if there is no financial pressure on them, the government is taking responsibility of these girls. In the scheme, Kisan Vikas Patra is made in the name of mother and girl. If the girl does not have a mother, she will be named after the father. If both are not there then it will be made with the name of the girl’s guardian.

To take advantage of the scheme, it is necessary that both the girls of parents are registered in it. Both birth certificates are required. To avail the benefits of Haryana Ladli Yojana, parents or guardian’s Aadhar card is necessary. Along with this, submit the girl’s base as well. Poor Rekha comes under the card, so keep it with you. Also, income certificate, mother’s passport photo, mother’s ID card, native letter, caste certificate, bank passbook is needed.

How to apply for Haryana Ladli Scheme?

Offline application forms will be submitted under the Haryana Ladli Scheme. First of all, visit the Women and Child Development Office of your district. Here you ask for the plan form from the officer. Hereby filling all the information in the form, attach the document and submit it to the officials. You will also find the form of Haryana Ladli Scheme in the nearest Anganwadi, Life Insurance Office.

Under Haryana Ladli Yojana, after the girl turns 18, it can withdraw money. For this, you have to fill the Maturity Claim Form and submit it. You will need documents while filling the claim form, so keep all the documents together. Permanent address documents such as electricity bill, ration card, girl’s 10th or 12th marksheet, copy of bank passbook, mobile or landline number should be there.

The applicant is required to open a savings account in any state bank in zero balance. After the entire document is examined, all the money will come directly into the beneficiary’s account.

PM Kisan Samman Nidhi Yojana: Under the Kisan Yojana, the government has given the sixth installment, many people in the families can benefit.

COVID crisis in Nepal, 16 deaths due to lack of oxygen, hospital not admitted to patients

What’s the truth, what’s the lie? Many people claim ‘aliens abducted us’, scientists find out the secret behind it