One Nation One Ration Card Yojana: How To Apply Online? 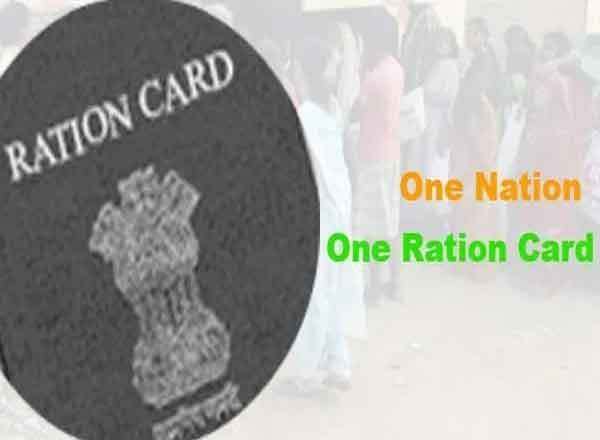 This scheme is done by the central government keeping the poor of the country in mind. Under this scheme, food grains will now be available until November. Under this scheme, five forts of grains are given free of cost to poor families every month. At the same time, ration cards are very important for citizens, like Aadhaar and PAN cards. At the same time, the government has implemented the system of One nation one card.

Now You Can Apply For Ration Card From Home By Mobile

At the same time, under this arrangement, the ration cardholder of any state can take ration from any corner of the country. In this case, if you have not yet made a ration card, now you can apply for it online from home. Let us tell you how you can easily make ration cards through mobile and can take advantage of this scheme run by the government.

One Nation One Ration Card Yojana: Applications can sit at home

If you do not yet have a ration card and you want to get it made, then now you can make it online at home. For this, a website has been started by all the states. Whichever state you are resident of. You can apply by visiting his website. For your information, let us know that there are two types of ration cards. Let’s tell.

There are two categories of ration cards

One Nation One Ration Card Yojana: Apply this way

If you also have to make a ration card under the arrangement of one nation one card, then you can make it this way.

1). You must first visit the official site of your respective state.
2). Aadhar card, voter ID, a passport can be given as an ID proof to make a ration card.
3). If this card is not there, then any I-card, health card, driving license issued by the government can be given.
4). You have to pay a fee of five to 45 rupees along with applying for a ration card.
5). After the application is submitted, it is sent for field verification.
6). The officer verifies the information filled in the form and confirms it.

On the other hand, if you have applied to become a ration card, then tell that the inquiry is completed within 30 days of applying. If the investigation is found correct, your ration card is issued within 30 days. Apart from this, applicants can also apply for ration card at the Common Service Center.

One Nation One Ration Card Scheme: Portal of all states

Most importantly, if you want to make a ration card, then it is important to know that there are portals of all states for ration cards. Where you can apply Around 80 crore poor are being given free ration by the government across the country during the lockdown. The government is giving 5 kg additional ration for three months April, May, June for free. This quality ration is above the current limit.

The One Nation One Ration Card Scheme was implemented in the country on June 1 amid the Corona crisis. It started with 20 states and union territories. Under this scheme, the poor of the country get ration at an affordable cost. This was mentioned by Finance Minister Nirmala Sitharaman during the announcement of the Self-Relief Relief Package. After this implementation, the ration card can be availed in any corner of the country.

How Ultra Short Term Fund differs from Liquid Fund, who else in it

JioPhone Next will knock on this day in India, know the possible price, specification and features

The impact of the second wave of COVID-19 was not that severe, EPFO ​​added a total of 9.20 lakh new members in May