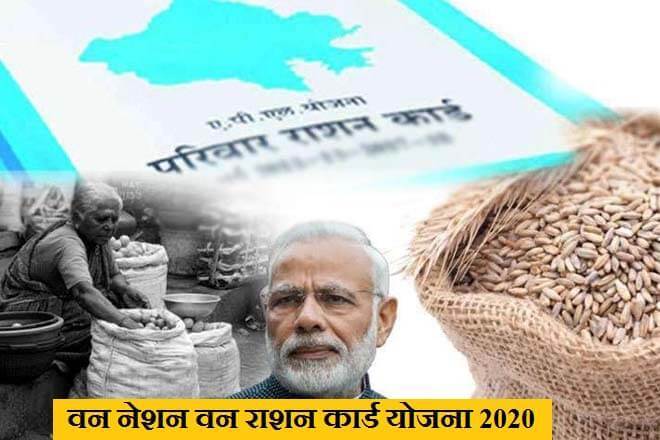 One Nation One Ration Card Scheme 2020 – On August 1, four of the countries added to the State / Union Territory One Nation One Ration Card scheme, whose names are Manipur, Nagaland, Jammu and Kashmir and Uttarakhand, now Ration card portability facility has been available among a total of 24 states. Union Food Minister Ralvilas Paswan (Ram Vilas Paswan, Cabinet Minister of Consumer Affairs, Food and Public Distribution) informed that more than 65 crore beneficiaries of these 24 states, which are covered under the National Food Security Act, are now under One Nation One Ration Card While living anywhere in these states, there will be the facility to get their share of food grains. Which will benefit those working in other states?

One Nation One Ration Card Scheme 2020

65 crore people will get benefits under this scheme

65 million beneficiaries will get benefit Paswan tweeted that more than 65 crore beneficiaries of these 24 states coming under National Food Security Act resided anywhere in these states under One Nation One Ration Card There will be a facility to get their share of food grains, which will benefit those working in other states. Paswan said that by March 31, 2021, all the states of the country will be linked to the Kovan Nation One Ration Card Scheme and all 81 crore beneficiaries covered under the National Food Security Act will get the benefit.

The scheme was implemented on 1 June 2020

One Nation One Ration Card Scheme was implemented in the country on June 1 amid the Corona crisis. It started with 20 states and union territories. Under this scheme, the poor of the country get ration at an affordable cost. This was mentioned by Finance Minister Nirmala Sitharaman during the announcement of the Self-Relief Relief Package. After this implementation, the ration card can be availed in any corner of the country.

Know what is ration card portability

One Nation One Ration Card Yojana 2020 | Just like mobile number portability (MNP), now ration card can also be ported, your number in mobile port does not change and you can use it across the country, similarly, your ration in ration card portability The card will not change. This means that if you go from one state to another, then you can buy government ration from another state using your ration card. Under this scheme, now people can buy government ration in Uttar Pradesh, Delhi at a reasonable price through their ration card.

What are the rules of this scheme at present?

The current rule of ration card is that the ration can be found in the district in which your ration card is made. Even if the district is changed, it does not get the benefit. Providing relief to the poor in times of Corona crisis was a big challenge due to this rule. Therefore, the government said that even if there is no ration card, it will get the benefit right now. BPL (Below Poverty Line) cardholders get the benefit of ration card under this scheme. Under this, they get food grains at affordable prices. After the implementation of One Nation, One Ration Card, people below the poverty line can buy ration in any corner of the country at an affordable price.

Also know- PM Kisan Samman Nidhi Scheme 2020: If the installment of Rs 2000 is not received under PM Kisan Yojana, then check names online