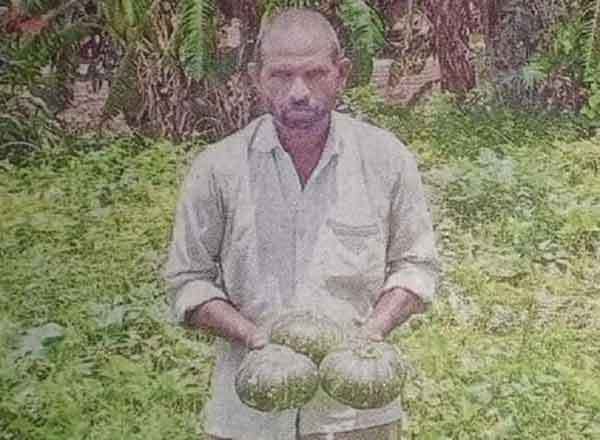 Agriculture Success Story This farmer wrote a success story on wastelands, now the crop is growing in the field: Today the farmer we are going to talk about. There were 6 members in their house, who did not even have money to feed them. Despite owning land, he had to work in the fields of others to run his family. We are talking about Dinesh, a farmer from Patwakheda in Mohanlalganj. Dinesh owns half a hectare of land which is barren. After seeing this, their grief doubled.

This farmer wrote a success story on the wasteland

But one day Dinesh wrote his luck and today he is rearing his family happily. Actually, one day someone told Dinesh that some government people have come to your land. When Dinesh reached the farm, he came to know that a team of scientists from the Central Salinity Research Center had come to his farm for improvement. It was that day and today is the day since then Dinesh has never looked back. Now Dinesh has become a role model for young agricultural scientists. Now scientists not only do research on their fields but also learn the nuances of using Dinesh Technique.

Dinesh says in the interview that it has been five years now. Dinesh accepted the advice of the scientists and the center was helped. Dinesh says that during that time, Dinesh himself used to work with the workers with a shovel. He further states that first the pond was dug in that barren land and the pond was elevated from all the soil. The soil from the pond was spread over the field. Vegetables started to be cultivated on this. Dinesh now not only crops on barren land but also earns extra income by rearing fish in the pond.

Dinesh further explains that there is a leakage of water along the canal, which causes the land to become marshy. In some years, it becomes barren, on which it is not possible to do farming or anything, and about two lakh hectares of land is lying in the state, on which neither can cultivate nor do any other work. Farmers’ income can be increased by making such lands fertile through integrated farming system. Dinesh says that when he talks about his village Patwa Kheda, there is 100 hectares of land on which farmers can work hard and take crops.

Dinesh says that if we look at this effort made by him from the point of view of science, then it is part of the law integrated farming system. When the fertile nutrients of the soil with Khar properties are not cured by gypsum (Kulnar), the co-system works. During this, the soil above is dug down. Apart from this, the pit made of digging is used for fisheries and to make the soil of the upper surface tied.

What do farmers say

Dinesh tells during the interview that nothing was produced due to the barren land, but the production of less land and growing crops in barren land changed my life.