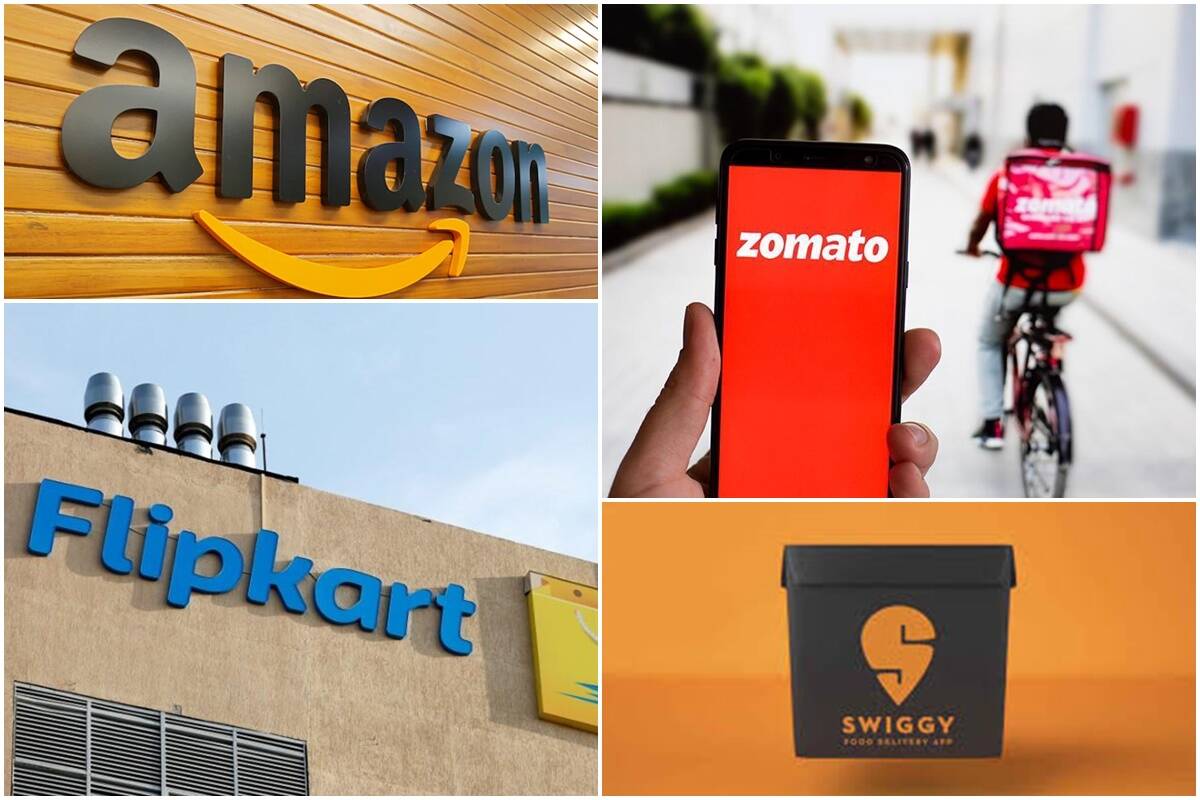 Amazon, Flipkart, Jomato, Swiggy and various other e-commerce companies are fiercely and openly violating the guidelines issued by the Consumer Protection (E-Commerce) Act 2020, Legal Metrology (Packaged Commodity) Act 2011 and Food Safety Standards Authority. . This charge has been made by the Confederation of All India Traders (CAT). CAT states that the above laws clearly state that it is mandatory to write every information related to the seller and the goods with each product clearly on the e-commerce portal. But these companies are not following it.

In a letter sent to Union Commerce Minister Piyush Goyal, CAT has accused Amazon, Flipkart, Jomato, Swiggy and other e-commerce companies for violating these three laws and demanded that immediate action be taken against these companies. It is a case of day-to-day loot by e-commerce companies and online distribution system in India.

In a letter sent to CAT, National President BC Bhartia and National General Secretary Praveen Khandelwal said that in India, Amazon, Flipkart and other e-commerce companies are openly violating the laws of the country. No government department has taken cognizance of this till date, due to which the spirits of these companies are becoming stronger.

What are the rules

Bhartia and Khandelwal stated that Rule 10 of the Legal Metrology Act 2011 provides that e-commerce companies have the name and address of the manufacturer, country of origin, name of the item, net quantity, quantity on each product sold on its portal. It is mandatory to write the usage before the date (if applicable), maximum retail price, item size etc. This rule was implemented in June 2017. A period of 6 months was given to comply with this rule so that it can be implemented from 1 January 2018. But even after three years, e-commerce companies are not following these rules. This crime is the giving of a non-standard package, under which fine or imprisonment or both can be punished simultaneously for violation.

The two business leaders further said that similar guidelines were issued by the Food Safety and Standards Authority on 2 February 2017, under which it is mandatory for the food business operator to follow the above conditions. But defying this, a large number of e-commerce companies including Jomato, Swiggy are openly violating the rules, which is very worrying.

Work started on the idea given by the wife, today the empire of crores has spread across the country

Bhartia and Khandelwal stated that under Rule 4 (2) of the Consumer Protection (E-Commerce) Rules 2020, it is stated that every e-commerce entity should have the legal right of the commodity with each item in a clear and accessible manner It is mandatory to provide name, address of its headquarters, name and description of the portal, email, fax, landline and customer care number. By this law, every portal is also required to appoint a complaint officer. Similar provisions are also given in Press Note 2 of the FDI Policy 2016.

According to the information, no e-commerce entity has appointed a nodal officer in compliance with the above provisions. Important rights of consumers are being violated because they do not know the seller or details of the product at the time of purchasing the products from e-commerce portals. Therefore action against these portals is very important.

Know how you can make money from Amazon sitting at home

Why is it important to invest for a long time to take full advantage of SIP? Know the right strategy to invest in...