G7 countries demand to stop Facebook’s digital currency libra, fear of increasing threat from it, may be decided soon 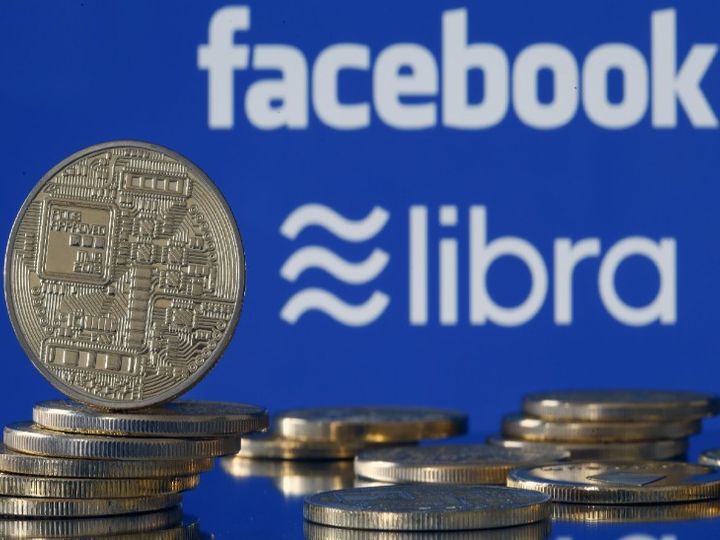 Facebook’s digital currency project was launched last year. It has not started yet. This is being seen as a threat. On 15 October, Europol arrested 20 people in 16 countries for money laundering in digital currency.

Last week, members of the G-7 countries sought to ban the launch of the Libra in its current form. The digital currency is considered a threat. In India, the RBI had prohibited this but the Supreme Court has approved it.

America’s social media company Facebook’s digital currency is becoming increasingly difficult for Libra. It is reported that Group Seven (G-7) countries have planned to ban this currency. A decision can be taken soon. Facebook had 270 million users all over the world as of June quarter.

All developed countries are in G7 with America

Let us tell you that in G-7 there are countries with seven major economies of the world. These are all developed countries. This includes Canada, France, Germany, Italy, Japan, Britain and the United States. It is also called the Group of Seven. Let us know that last year Facebook had planned to bring the digital currency libra. This is his very ambitious plan. It will be a global level of digital currency.

According to the information, the Central Bankers and Finance Minister of G-7 are raising questions about its regulation. Financial regulators of G-7 are also questioning this. In such a situation, it is difficult to launch this currency of Facebook at the moment. Group 7 countries say that this currency should not be issued in the current form. In the document released by these countries, it has been commented on as Global Stable Coin Project. Stable Coin refers to cryptocurrency. In some countries, this bit is also known as Quine.

Facebook has hired three senior executives of the world’s largest bank Hong Kong & Shanghai Banking Corporation (HSBC) for this currency. The European head of HSBC, James, its former chief legal officer Steuart joined the company in September. Stuart has previously served in the US Treasury Department during the tenures of President George Bush and Barack Obama. Only last week, Ian of HSBC was appointed as Chief Financial Officer (CFO) at Libra. In this way, Facebook is creating a team of experienced and top bankers to run the Libra.

Permission should not be given unless it is legal

The G-7 countries say that the Stable Coin Project should not be granted permission unless it is legal. It should not be in the regulatory framework and its design and applicable standard should also not be correct. The draft of the G7 states that project financial stability such as Libra without proper regulation can pose a threat to customer security, privacy, taxation and cybersecurity.

You can use online payment through Libra

Actually, customers can use Facebook and other online platforms for payment through Libra. Also, you can also pay merchants on all digital wallets. Group-7 is also considering whether such a currency can destroy the world’s financial system. Actually, this case has come at a time when many countries are planning to launch a digital currency. China leads in this. China has asked its state-run People’s Bank of China to work on it as soon as possible. China will launch its national currency in digital form.

Success Tips: Want to be rich investors, learn 3 mantras of success from this Navratri women

The Supreme Court has given permission for cryptocurrency in India

Many countries have considered digital currency as a threat

Bitcoin or digital currency is considered a threat anyway. It is not under the purview of any regulator. It is not liable to tax. It cannot be used for any essential goods. Many countries have already agreed that it will be used for bribing and other illegal activities. It is the most suitable method for black money and money laundering.

Only last week, several countries had launched a big campaign in this case, in which money laundering was being done through cryptocurrency. On 15 October, Europol arrested 20 people in 16 countries. All of them were transferring millions of euros from international bank accounts to shell companies. The transfer was done through cryptocurrency in Poland and Bulgaria.

Similarly, 40 places were raided in UK, Spain, Italy and Bulgaria etc. It was named Operation 2 Bagold Mule. It was also arrested in Australia, USA, UK, Portugal, Spain. In Bulgaria, the equipment of bitcoin mining was ceased.

Can a currency note spread the virus or not? Know what is the answer of RBI

How much electricity is being spent in crypto mining? US lawmakers wrote letters to companies

Cryptocurrency mining consumes a lot of electricity. Due to this many countries are facing power…

Weather Updates: Heavy rain and bad weather alert in these states for next 5 days, IMD alert

China’s ban on bitcoin mining made fun of, mining is happening fiercely!