Supercar maker Bugatti launches electric scooter, will get a range of 35 km in a single charge 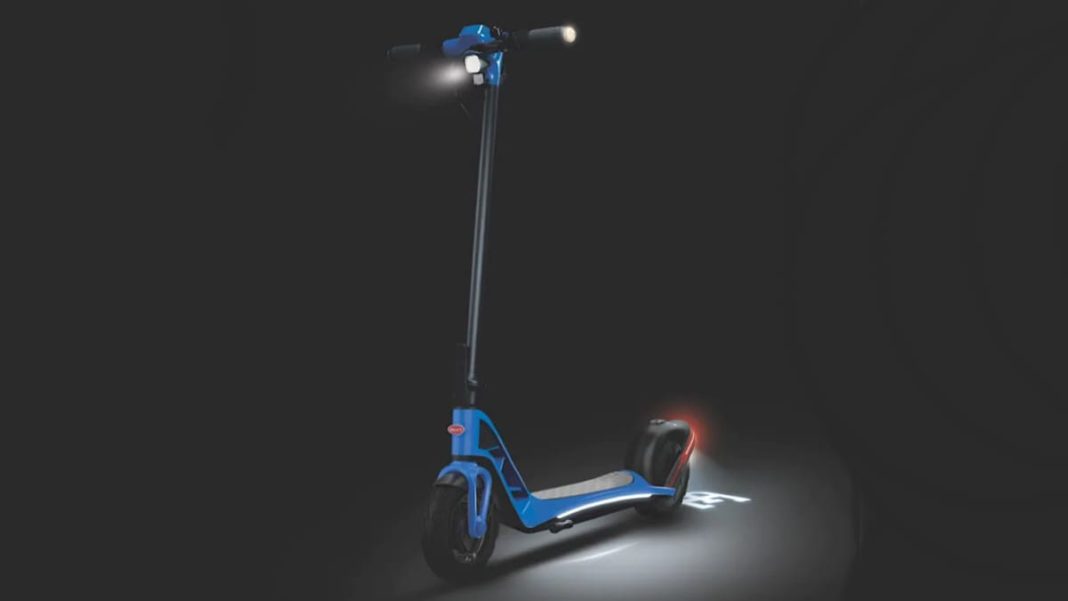 Bugatti is known for its superfast and extremely expensive supercars, but how would you like to hear that the company has introduced its first electric vehicle as an electric scooter, not a car. Yes, Bugatti in collaboration with Bytech International has developed a new electric scooter, which has a range of 35 km and a top speed of 30 km per hour. At present, no information has been given about the price of this electric scooter.

At present, Bugatti has not given any information about its launch, but it can be launched soon. We also expect the price to be revealed at the time of launch. There is no doubt that the luxury supercar maker will launch this electric scooter only in the expensive price bracket.

This electric scooter from Bugatti looks like a normal e-scooter. It weighs 15.8 kg and is made from magnesium alloy. The company says that the 700W power electric motor present in it can accelerate the e-scooter to a maximum of 30 kmph. The company has designed it for easy commuting in small towns.

The e-scooter gets taillights and a small LED light has also been installed at the front. It also has turn signal and LED screen. The rider also gets riding modes. Notifications like speed, light status etc. are available in the screen. The scooter packs a 360Wh capacity battery, which gives the scooter a range of 35 km, and can be charged via a standard wall socket.<!–

Mahindra Thar 4X4 and Tata Harrier SUV in a race, see VIDEO to know who won

Google made a great doodle on Earth Day, know what is the theme of this time