Hyundai Creta Facelift lifted the curtain, will have many great features with great look, know when will it be launched in India 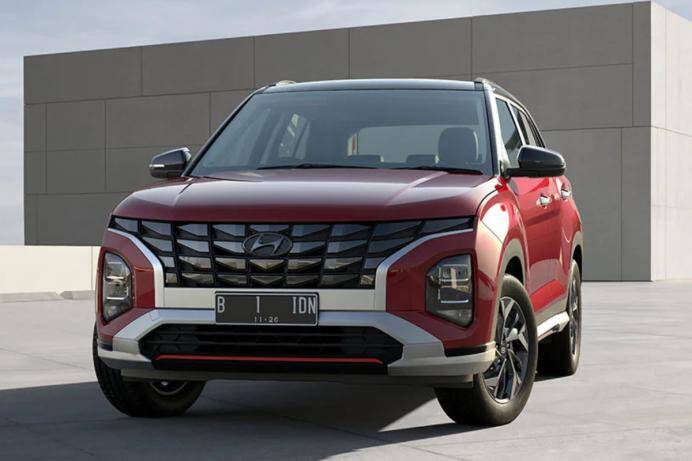 Hyundai has finally taken the wraps off the new facelifted Creta.

2022 Hyundai Crete Facelift: Hyundai has finally taken the wraps off the new facelifted Creta. The 2022 Hyundai Creta facelift car was officially unveiled at GIIAS 2021 (Gaikindo Indonesia International Auto Show). Talking about the changes, the new Hyundai Creta facelift car is equipped with many cosmetic updates and great features. A few days before its official unveiling, its photos were leaked on the internet. The new Creta facelift will be launched in the Indonesian market this year. At the same time, it is being said that it can also be launched in India next year.

Talking about the design, the new facelift version of the second generation Hyundai Creta is quite attractive. The Indonesian-spec model that was showcased at GIIAS 2021 gets its design inspired by the new-gen Tucson. At the front, it gets a new Parametric Jewel Grille which looks quite attractive. It gets a redesigned grille as well as LED DRLs on both the sides and the headlamps are located down on the bumper. A new bumper is available in this SUV. However, the side profile remains the same. At the rear, it gets minor changes on the tailgate and new sharp LED taillights.

PUBG New State Game launched in India with new avatar, know interesting and important things related to it in 10 points

This is a facelifted model with major cosmetic changes. Very few changes have been made inside the cabin. The dashboard remains the same but now gets a new 10.25-inch digital instrument cluster. It gets Alcazar, a premium BOSE sound system with 8 speakers, updated BlueLink connected car tech, etc. Hyundai has completely updated the safety equipment of the SUV. It now gets ADAS (Advanced Driver Assist System), which includes lane keep assist, blind-spot monitor, adaptive cruise control, autonomous emergency braking and much more.

No changes have been made in the mechanicals of the SUV. In Indonesia, the Creta facelift only gets the 1.5-litre petrol engine. However, in India it will get 1.5-litre naturally-aspirated petrol, 1.4-litre turbocharged petrol and 1.5-litre diesel engine. Transmission options will include a 6-speed manual gearbox, IVT, AT, 7-speed DCT, and the company may also offer a 6-speed iMT. The new 2022 Hyundai Creta facelift is expected to be launched in India next year. It will more or less remain the same as the Indonesian model.

Central government should implement these 5 suggestions of SBI Research, deadlock may end with farmers

Beware of fraud in mobile banking, follow these tips

Pakistan gets ‘punishment’ to sustain terror, security from US will be closed ‘bailout’, Imran’s worries increase