by Business Khabar
in Automotive
0 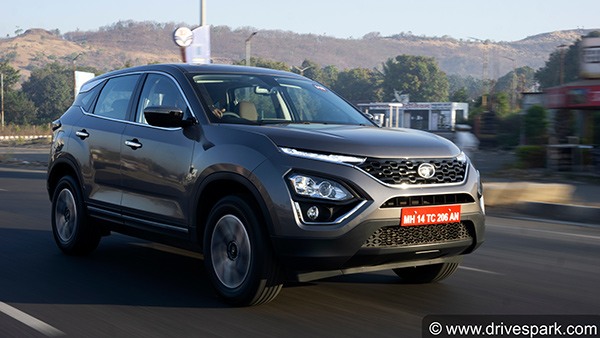 However, the Tata Harrier did not manage to sustain the success it had initially achieved and its sales began to fall month after month. One of the biggest reasons for this was the absence of an automatic gearbox.

Now, the company has introduced an automatic gearbox in the Tata Harrier. In addition to the new gearbox, Tata Motors has also updated the engine of the Harrier SUV to be as per the new BS6 norms, as well as to improve the power.

However, will these new updates help the Harrier regain lost position in its SUV segment or is it late now? Let’s know

The 2020 Tata Harrier BS6 has been given the same design as the older model. Tata Harrier is the company’s first product designed on the ‘Impact 2.0’ design language. This design has also been kept in the 2020 model, very common changes have been made in it.

Speaking of the front, the 2020 Tata Harrier has the same dual-LED headlamp units, with LED DRL and main projector headlamp cluster at the bottom. The fog lamp is placed on the front bumper, along with a thin chrome strip. The front grille is kept the same as the older model with a blacked outlook.

Talking about the side and rear of the 2020 Tata Harrier, its 17-inch alloy wheels, as well as thin and attractive wing mirrors, can be seen. Apart from these two changes, there has been no change in the front and rear design.

Like the exterior, the cabin of the 2020 Tata Harrier has not undergone many changes. The new Harrier BS6 model features an 8.8-inch touchscreen infotainment system, a 7-inch semi-digital instrument cluster, a 9-speaker JBL surround sound system and a good steering wheel with control buttons, etc.

The 2020 Tata Harrier features the same wood element as the old Odel with the brushed aluminium accent, which gives the cabin a premium look.

However, a careful look reveals that there have been some updates. The biggest update to the new Harrier has been given as a panoramic sunroof. The large glass roof now makes the cabin premium in advance, giving it an airy feel.

Along with this, other additional features have been given in 6 ways power-adjustable driver seat and auto-dimming IRVM, both were not given in the old model.

Tata Motors has updated its interior to fit and finish. Seats on both the front and back sides still offer good cushioning and comfort. Due to its large door, the passenger can easily enter and exit, while the small ORVM provides a small blind spot for the driver.

There has been no change in the boot space, Tata Motors has allowed the rear seat to bend in 60:40 ratio to increase the luggage capacity.

The new (2020) Tata Harrier SUV includes seven variants XE, XMA, XT, XZ, XZ +, XZA and XZA +. All the variants have been given the same engine and a lot of features and equipment have been given.

Talking about the biggest update of 2020 Tata Harrier is the engine. The new SUV has a BS6 updated diesel engine, which gives more power than the old model.

The 2020 Tata Harrier features a 2.0-litre ‘Cryotech’ diesel engine. However, after the BS6 update, this engine provides 173 Bhp of power and 350 Newton meter of torque. This engine has a 6-speed gearbox, as well as the option of a 6-speed automatic gearbox.

This updated engine feels good power and refines from the start. Good power and torque are now available on the Rev range. The engine gets torque from 1800 rpm, while higher power output has slightly increased the maximum top end of this SUV.

The manual gearbox in the new Harrier model also now feels smoother than before, and the gear easily attaches to it. The new automatic gearbox, however, gets a bit stuck when changing gears. When you put your foot down and down, a slight lag is felt in the middle, followed by a good power delivery.

The difference between the City and Sport driving modes of the 2020 Tata Harrier is easily known. In ‘City’ mode the gearbox can be shifted quickly, due to which the driving on the highway becomes easier and the mileage is also more. The ‘Sport’ mode, however, prevents gear shift to the redline, which helps in aggressive and sporty driving.

Tata Motors has also improved the suspension of the 2020 Harrier SUV. This large mid-size SUV runs smoothly on pits. Its steering wheel is lighter at low speeds and also increases weight with speed, which gives good confidence for driving on the highway.

The 2020 Tata Harrier offers a slight body roll, being larger. However, enough electronic is provided in the vehicle to keep it under control. Its brake is sharp and progressive, due to which it can be stopped easily.

The 2020 Tata Harrier is a major update over the older BS4 model. The 6-speed automatic gearbox, with a better engine, provides stronger performance and better handling. Due to the new panoramic sunroof, it has become even more attractive.

Tata Motors seems to have heard petty complaints from customers that were not given in older models. However, the Harrier still does not provide connected technology, which is becoming a standard thing nowadays. 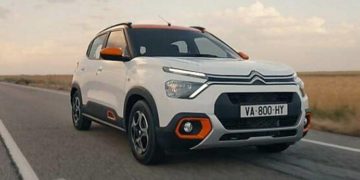 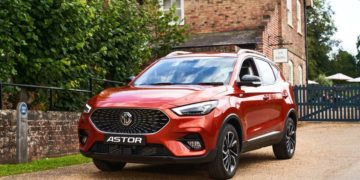