‘Unknown object’ may collide with ISS in space today, NASA and Russia clash over warnings 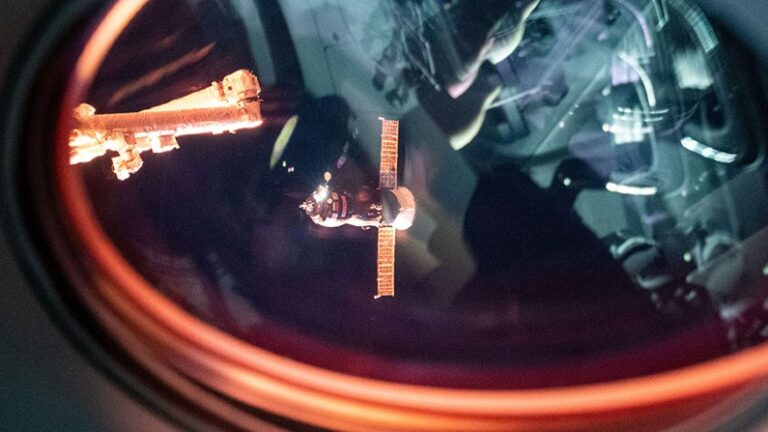 The US space agency NASA has warned that an ‘unknown object’ may collide with the International Space Station (ISS) on Thursday. It is believed that this is debris present in space, which can collide with the ISS. Due to this the station may be damaged. But Russia is not ready to accept this warning. He has rejected it outright. Because of this, two big space agencies of the world have come face to face. (NASA warns space debris may collide with International Space Station, Roscomos denied)

For this reason, NASA has postponed its project on the ISS for the time being. But on the other hand, Russia says that NASA yesterday saw a potential threat moving towards the space station. But we only agree about the distance. Apart from this, we do not confirm any kind of danger.

What did NASA say?

NASA announced on Thursday that space debris is in danger of hitting the International Space Station. The US space agency had also postponed the plan to send the first Dragon Cargo Ship to the ISS for this reason. NASA also called a panel of experts and got it discussed on this issue.

However, Russia rejected this claim of NASA. Dmitry Rogozin, a spokesman for the Russian space agency Roscomos, tweeted: “Houston saw the threat of an unknown object (space debris) yesterday with a probability of reaching 4.8 km near the ISS.” We only agree with the distance estimation. But we do not confirm it to be any kind of danger. We will keep our eyes on it.

According to updated data, the uncataloged object of “space debris”, which was supposed to approach the International Space Station on July 8 at 16:16 Moscow time, does not pose a danger.

Probability of collision with # ISS zero, no correction maneuver is required. pic.twitter.com/BT0sb3OmDc

Space debris collided with the International Space Station (ISS) this year. At the beginning of the year, debris collided with a 17-metre-long Canadian robotic system mounted on the ISS. Because of this there was a hole in the system. Thankfully it didn’t cause any damage to the system. NASA says that about 27,000 pieces of debris are being monitored in space. Despite this, thousands of fragments are so small that they are difficult to monitor, but can harm human or robotic missions. Both debris and spacecraft travel very fast, so even a small collision can have catastrophic consequences.

what is space waste

There are two types of debris floating in space at the moment. First human and second natural. Man-made debris means that the spacecraft or satellites sent by humans continue to float in space even after they become inactive. They keep circling the earth. Whereas natural debris means asteroids, comets or meteorites.

New Wage Code: Your salary structure will change from April 1! These changes can happen in PF, HRA and gratuity

New Wage Code: The Central Government can implement the new Wage Code with effect from…

Although the job of the police is to catch the accused, but a Maharashtra Police…

Gasoline Prices Should Keep Falling Unless This Happens

France Mask Free: France is telling why it is necessary to get the vaccine, the country became ‘mask free’ on the basis of vaccination