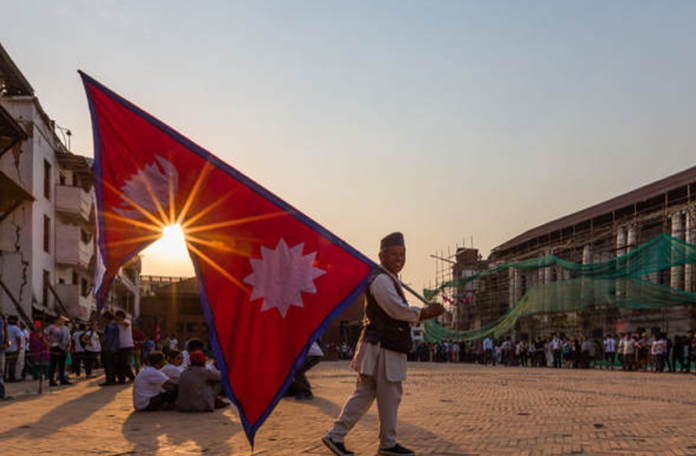 Kathmandu Nepal’s tourism minister Yogesh Bhattrai said on Thursday that he had proposed four actions to help revive the economy amid the ongoing fight against the virus. These include increasing the number of flights, bringing in foreign technicians for projects, resuming domestic flights and allowing trekking and mountaineering.

In a conversation organized by the Society of Economic Journalists-Nepal, Bhattarai said, “This proposal was presented in the Secretariat of the COVID-19 Crisis Management Committee today. As migrants mostly migrant workers are returning home in large numbers, we have given their Discussed increasing the number of flights with the Ministry of Foreign and Labor and the Prime Minister to help. ”

I have had the privilege of visiting the BAPS Swaminarayan Mandir, Neasden, London and experiencing the beauty, peace and tranquility that emanates from the Temple. Congratulations to the @neasdentemple on the 25th anniversary. pic.twitter.com/FI2txVk0a2

Loss of 10 billion per month

Bhattarai said that the number of flights will be increased at the request of airlines or foreign companies, who want to send Nepalis back at their cost. He said, “We are losing 10 billion rupees monthly. The tourism industry has lost about 10 lakh direct jobs. We know this and we are working to revive the industry because our small country is a tourist. it depends on.”

October is a major

Bhattarai said that he has proposed to resume domestic passenger flights from October in view of upcoming festivals like Dashain. He also said that the ministry had proposed allowing the projects to bring technicians from abroad. Many projects are hanging in the balance as skilled workers are stuck in various countries. Projects like Gautam Buddha and Pokhara International Airport can be at a disadvantage if we do not bring in skilled workers.

Large and small projects funded by government or private institutions were allowed to mobilize workers after the lockdown was lifted in the third week of July. But the government was not allowed to bring in skilled foreign workers, resulting in a large number of projects being halted in the final stages.

What are the main schemes

“We have also recommended to the committee to open trekking and mountaineering area for foreign tourists,” he said. A tourism ministry official said that all proposals of the committee are discussed before sending them to the cabinet for approval. Proposals to increase flight numbers and bring in foreign skilled workers have been discussed before, and they can be fixed.

An official, on the condition of anonymity, discovered that the proposal to allow foreign tourists could be rejected as the Ministry of Health and Foreign Affairs were not very keen about the idea from the beginning. “I don’t think the Corona Crisis Management Committee will open the country to foreign tourists as proposed by Minister Bhattarai,” he said.

Binayak Shah, Senior Vice President of Nepal Hotel Association, told in the conversation that the government itself was in a dilemma on opening the country to foreign tourists. He said, “The government should be clear on this issue. Our industry needs to plan ahead, and we don’t want to be disappointed every time because the government is changing its decision over and over again. We don’t make new plans every seven days Can.”

The tension of the taking association

Khum Bahadur Subedar, president of Trekking Agencies Association of Nepal, said that the government’s decision has always caused confusion in the industry. He said, “It should be clear on the timetable of opening the country. The government should also clearly state that it is issuing a visa on arrival for tourists from this date.”

How to trust the government?

On July 20, the government decided to reopen the hotel, trekking and mountaineering areas from July 30; And accordingly, he planned a revival. But the government-backed down on its decision. According to a domestic airline official, he was informed by Tourism Minister Bhattarai that the government would not allow the airline sector to reopen anytime soon. He said, “How can we trust the ministry because it is changing its views often? The entire region is being affected by the government’s unplanned response.”

Significantly, the total cases of coronavirus in Nepal has reached 50,465 on Thursday. Of these, 1,246 new cases were reported in the last 24 hours, while five people died. Due to this, the number of deaths from Corona in Nepal has reached 317 so far. According to the Ministry of Health and Population, there are currently 14,448 active cases in the country, while 35,700 people have recovered from the epidemic so far.