The woman who created the world record by giving birth to 9 children at once is upset, needs 100 diapers and six liters of milk every day 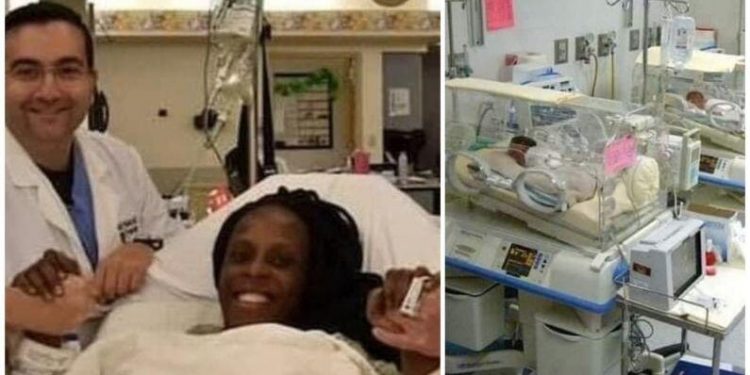 Nonuplets: A woman from Mali gave birth to 9 children at a time in a Moroccan hospital. But after the birth of the children, she has to face a lot of problems. The children are still admitted in the hospital.

Mali Woman Facing Many Problems After Gave Birth to Nonuplets: A 26-year-old woman in Morocco has created a world record by giving birth to 9 children at once, but now she is facing many problems. This woman named Halima Cisse says that she needs 100 diapers and six liters of milk per day for children. Halima has broken the record of Nadia Suleiman, who gave birth to eight children on May 5 in 2009. The weight of their nine children ranges from 500 grams to 1 kilogram.

According to the Daily Mail report, Halima did not know that she was going to give birth to nine children. He was informed about this a few minutes before the caesarean. Due to which she was very surprised. She was told that she could give birth to seven children, but at the time of caesarean nine babies were born (Nonuplets Woman From Mali Gives Birth to 9 Babies). She was very scared during this that how would she raise so many children and who would help them. The children are still kept in the incubator.

The government filled the bill of crores of rupees

Due to the weakness of the children, they are examined every three hours. The cost of treatment of these children has come to about Rs 10 crore. Which is being filled by the government of Mali (World Record of Child Birth). Now they are going to stay in the hospital for two more months. Halima says that she is finding it difficult to breastfeed the children. She says, ‘I have to do a lot of work and I still feel weak. My pregnancy was very difficult and I need a lot of rest.

She says, ‘It is very difficult to give birth to one child and it is beyond imagination to give birth to nine children. It takes a lot of work to take care of them (Morocco Woman Gave Birth to Nonuplets). I am thankful that the medical team is doing all the hard work and the Mali government is giving money for this. Halima, who lives in a private room on the third floor of the same clinic, visits her children only twice a day. Due to excessive bleeding while giving birth to the children, her own life could hardly be saved.

husband was not together due to covid

Halima says, ‘Thankfully I don’t have to wake up at night when babies cry because they are all handled by the nurses. That’s why I get my sleep (Mali Woman Nonuplets). I am lucky that I am alive and I am getting so much support. Halima’s sister Ayesha was with her when the children were born, while husband Kader Arbi was at home due to the COVID-19 restrictions. He reached Morocco on 9 July. Here he came to the hospital on 19 July after being in quarantine for ten days. Halima and Arbi were married in the year 2017. They already have a two and a half year old daughter.