The war in Afghanistan intensified, three major cities including Kandahar were surrounded by Taliban, Afghan soldiers are taking on the fighters 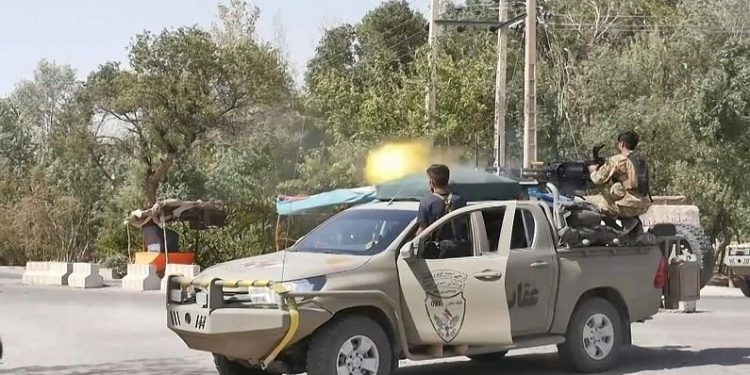 There is a fierce battle going on between the Taliban and the Afghan security forces in the cities of Herat, Lashkar Gah and Kandahar.

In Afghanistan, the war between the Taliban and the Afghan Security Forces has intensified. The war is taking place at a fast pace in three major cities located in the southern and western regions of the country. The Taliban want to take these cities out of government control. The Taliban have surrounded the three cities with the help of armed fighters. The fighters of the organization have entered Herat, Lashkar Gah and parts of Kandahar. The Taliban has made tremendous progress in the country’s rural areas since the announcement of the withdrawal of foreign forces by September.

The fate of these major cities could be crucial amid fears of a humanitarian crisis. Questions are also being raised about how long the Afghan security forces will be able to survive in the battlefield. Radical Islamist militias are believed to have already occupied half of Afghanistan, including important border crossings with Iran and Pakistan. Afghanistan has been doing business with both the countries through these border crossings. Apart from this, a large number of refugees have also been going through them to both the countries.

Regarding the situation in Lashkar Gah, it has been told that on Saturday the Taliban fighters were just a few hundred meters away from the governor’s office. But by night time they were pushed back. This was the second such attempt by the Taliban within a few days. The commander of Afghan forces said on Friday they had caused significant damage to the fighters. A Kandahar MP told the BBC the city was at serious risk of being hit by the Taliban, where tens of thousands of people have already been displaced and a humanitarian disaster was on the way. The Taliban also want to capture Kandahar so that it can be made a temporary capital.

What is the situation in Herat?

Regarding Herat, Tolo News informed that the clash between Taliban and security forces has intensified here. Taliban fighters are entering the southern parts of the economically important city. There are reports of fighting at at least five different places. The US is still conducting air strikes to help Afghan forces, who have retaken a district around the airport. Residents say some places in the city are safe and some people are taking up arms to defend themselves.

Also read: Hundreds of Taliban terrorists surrounded a lone boy, then stoned him to death, video of death also released