The war between the Taliban and the Afghan army continues in Afghanistan, know which areas the terror of the organization spread 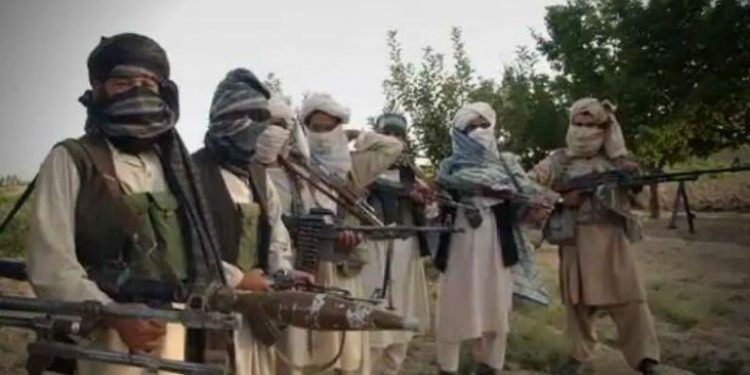 The Taliban have captured most of those parts of Afghanistan, where a large population does not live. But this control is also very important.

A large part of Afghanistan has been occupied by the Taliban. For the first time since 2001, the Taliban has captured such a large area and these areas have been captured within just two months. Taliban activities have intensified since the withdrawal of American and NATO troops. In such a situation, the BBC Afghan Service has done a research in this regard, through which it has been found that the Taliban have strengthened their hold in the North, North-East and Central Provinces of the country. In addition, Kunduz is close to capturing cities like Herat, Kandahar.

Until now, the Taliban had traditionally been active in their strongholds in the southern regions such as Kandahar, northern Helmand, Uruzgan and Jabul. But he was also strong in the hills of Faryab in the south and the mountain range of Badakhshan in the north-east. Earlier in 2017 also a research was done by BBC. In this it was revealed that the Taliban had completely occupied many areas. It was also revealed in this that the Taliban was active in many other parts of the country as well. In addition, the extremist organization was targeting several areas every week. During this time, there were signs of the Taliban’s grip being strengthened.

For the first time since 2001, the Taliban have control over a large area. The ground situation in Afghanistan remains very delicate. The Afghan government itself has started laying down arms and has withdrawn from many districts. In addition, the Taliban have captured many districts by force of arms. Apart from all this, there are some areas where the war is going on between the security forces and the Taliban for control.

At the same time, the Afghan government is in possession of the same areas, where there are plains and valleys of rivers. A large population of the country lives in these areas. On the other hand, the Taliban control most of the areas where the population is very less. Here less than 50 people live in a square kilometer. The government has imposed a one-month night curfew across the country. Also, troops have been deployed in the cities targeted by the Taliban.

A record number of civilians have lost their lives so far due to the ongoing violence in Afghanistan. The United Nations has reported that 1600 civilians have died in the violence so far. Due to the ongoing violence across the country, a large number of people have had to be displaced. It has been told that since the beginning of this year, more than three lakh people have left their homes. Majority of the displaced are from Badakhshan, Kunduz, Balkh, Baglan and Takhar. The Taliban has captured here. Some people are taking shelter in nearby villages, but many have left their homes forever.

Also read: ‘Sit in the car… then slapped… and finally slit the throat’, Taliban released the video before the assassination of the famous comedian