The Taliban is not stopping even with the attack of the Afghan army and the bombing of America, 9 out of 10 districts of the provincial capital are captured 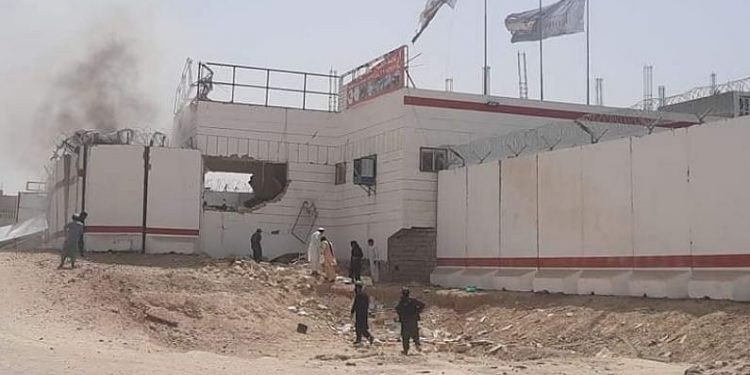 Afghanistan Taliban: The war between the Afghan army and the Taliban continues in many parts of Afghanistan. The US military is also supporting the Afghan security forces against the Taliban. But still the Taliban is moving forward rapidly.

Afghanistan Taliban Breaking News: The Taliban’s advance into southern Afghanistan continued on Tuesday and captured nine of the 10 districts in the capital of Helmand province. Residents and officials have given this information. At the same time, Afghan forces conducted air strikes to save the city of Lashkar Gah with the help of America (Afghanistan Taliban Districts). The withdrawal of Lashkar Gah will be a turning point in the offensive of the Taliban, which has intensified attacks over the past several months amid the withdrawal of US and NATO forces from the war-torn country.

It will be the first provincial capital to be captured by the Taliban. Residents of the city, speaking to The Associated Press by phone, said that the fighting has imprisoned them and they are unable to leave their homes even for basic supplies (Afghanistan Taliban Crisis). They say that Taliban fighters are roaming freely on the streets and they have taken control of all except one district of Lashkar Gah. A unit of specific commands has been dispatched from Kabul to assist the Afghan forces.

The government occupies important government buildings, including the local police and army headquarters. Helmand Provincial Council vice-president Majeed Akhund confirmed that the Taliban took control of nine districts of Lashkar Gah and the city’s TV and radio stations, and that their broadcasts had ceased. Sami Sadat, the commander of the Afghan forces in Helmand, told people living in Taliban-held areas in a message shared with reporters on Tuesday, “Please leave with your families.” We will not leave the Taliban alive… I know it is difficult.. We are doing this for your future.

He is hinting at more air strikes with this appeal. Lashkar Gah is one of the capitals of three provinces that have been besieged by the Taliban. Apart from Helmand, the Taliban have also laid siege to Kandahar and the capital of Herat province. The Taliban has intensified attacks against government forces (Afghanistan Taliban Control Map). In recent months, the Taliban have captured dozens of districts across the country, many of them in remote and rural areas.

The Taliban has started moving towards the provincial capitals. On the other hand, 95 percent of US and NATO troops have withdrawn and the remaining troops are expected to return from Afghanistan by August 31 (Afghanistan Taliban and US). Afghan President Ashraf Ghani on Monday blamed the hasty withdrawal of US and NATO troops for the deteriorating security situation in the country.

Taliban pushed back in Herat province

Afghan forces were seen pushing back the Taliban in the capital of Herat province on Tuesday. Herat’s civilian airport has reopened. Meanwhile, the United Nations mission in the country appealed on Twitter on Tuesday that fighting in densely populated urban areas should be stopped immediately. The United Nations said that 10 civilians have died and 85 have been injured in Lashkar Gah in the past three days. Five civilians have been killed and 42 injured in Kandahar.

Also read- RS virus knocked in America amid Corona, rapidly increasing cases in children, know what are its symptoms

Also read- Harpoon Missile: The enemies are not well, America is ready to give ‘Harpoon Missile’ to India, it will be easy to deal with the threats