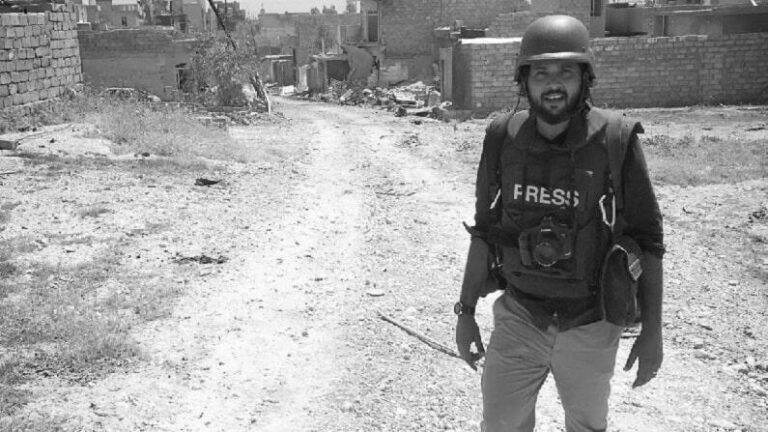 Taliban spokesman Zabiullah Mujahid has said that he does not know how Indian photojournalist Danish Siddiqui was killed.

Regarding the killing of Indian photojournalist Danish Siddiqui, the Taliban has said that the organization has no role in it. The Taliban has said that it does not know how Indian journalist Danish Siddiqui was killed. The organization has expressed regret over the death of the Pulitzer Prize winning journalist. Talking to CNN-News18, Taliban spokesman Zabiullah Mujahid said, ‘We do not know whose firing led to the death of the journalist. We don’t know how he died.

“Any journalist entering the war zone should notify us,” a Taliban spokesman said. We will take proper care of that particular person. He said, ‘We regret the death of Indian journalist Danish Siddiqui. We are sorry that journalists are entering the war zone without informing us. Danish Siddiqui, who worked as a photojournalist for Reuters, was killed on Friday while covering a clash between Afghan security forces and Taliban fighters at a border crossing near Pakistan. The body of the slain journalist was handed over to the International Committee of the Red Cross (ICRC) at around 5 pm (local time) on Friday.

The Afghan commander told Reuters news agency that Afghan Special Forces were fighting to retake the main market at Spin Boldak. Meanwhile, Danish Siddiqui and a senior Afghan officer were killed in cross-firing by the Taliban. Reuters President Michael Freudenberg and Editor-in-Chief Alessandra Galloni said in a statement, “We work with authorities in this area to urgently demand more information.” Danish was an excellent journalist, a devoted husband and father, and a much-loved colleague. Our condolences are with his family at this terrible time.

According to news agency PTI, people with knowledge of the incident said that the Taliban has handed over the body of Danish Siddiqui to the ICRC. India has been informed about the Taliban handing over the body to the ICRC and Indian officials are working on the repatriation of the body. At the same time, an AFP correspondent said that after the clashes in Spin Boldak, dozens of injured Taliban fighters have been admitted to a hospital in Pakistan near the border for treatment. The residents of Spin Boldak say that there was fierce firing here.

Also read: Indian journalist Danish Siddiqui killed in crossfiring by Taliban-Afghan army, here are some memorable pictures taken of him

Maharashtra government has improved the Corona guidelines, allowing opening of salons and gyms with 50% capacity

Credit Card vs UPI vs Mobile Banking app: Who is better among these three for contactless payments, know the complete details here

Credit Card vs UPI vs Mobile Banking app: The contactless payment is expected to grow…

Value of the worldwide cryptocurrency asset market rose to $3 trillion from $200 billion in early 2020; Bank of Canada