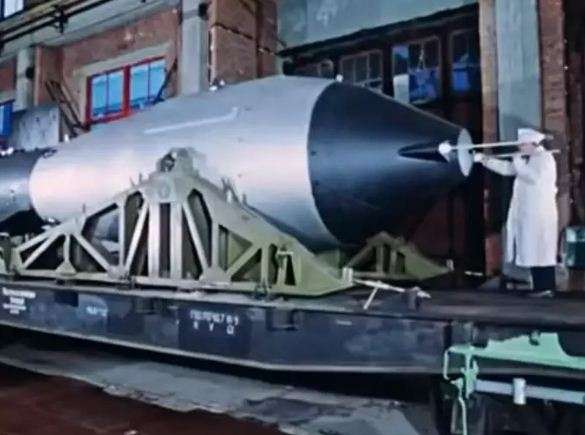 new Delhi. On hearing the name of Nuclear Blast, people’s souls tremble. The echo of the explosion of the Atom Bomb from the US on Hiroshima Atomic Attack is heard in people’s ears till date. But meanwhile, Russia has shared a 59-year-old video of the world’s largest nuclear test. Which is said to be 3 thousand times more powerful than the Hiroshima blast. During the Cold War, the Soviet Union tested a nuclear bomb named ‘Ivan’. Its explosion was so powerful that mushroom-shaped dung was seen up to a height of 2.13 lakh feet.

It is said that Ivan’s atomic bomb was about 50 megatons. It was tested in the Russian Arctic (Barent) Sea. This atomic bomb was dropped by Russian aircraft in the ice above Novaya Zemlya in the Arctic sea. This Atom bomb exploded with strength equal to 50 million tons of conventional explosions. A 20-minute video of this nuclear test by Russia’s Rostam State Atomic Energy Corporation has been posted on its YouTube channel on 20 August.

The video of this dangerous Atom bombing was made by an aircraft located 100 miles from the site of the incident. In which a large bubble of mushroom shape was visible. After this blast, the US-Russia in 1963, through a treaty, both countries had stopped the testing of atomic bombs in the air.

Eyes could be illuminated

The atomic bomb blast was so fast that the light emanating from it could have illuminated the eyes of those making the video. To avoid this, cameras were mounted hundreds of miles apart. Also, they were kept in low light position, so that the person recording the video did not have direct glare in the eyes. A 40-second video of this rare scene was shot with powerful cameras.

Construction was done to compete with America

Ivan Atom Bomb was created by Russia to compete with America. It was constructed during the worst phase of the Cold War. The Soviet Union built it in just seven years to beat America’s thermonuclear device. Whereas earlier in 1954, the US tested its largest thermonuclear device on Marshall Island. Its name was Castel Bravo. It was 15 megatons.

Hamas: What is the purpose of this extremist organization and who does its funding? Learn the history of this Islamic group

Get pension up to 3 thousand by investing just Rs 55 in this government scheme, know how you can take advantage